A Tale of Two Mongolias | Inner Mongolia and Outer Mongolia

For many people, when looking at an adventure to Mongolia, its simple look for the wide-open expanse between China and Russia choose a good tour company and your away. Although delve a little deeper and you may realise that there are two Mongolias outer and inner. It is easy to discern between the two for the following reasons.

A: Outer Mongolia is a free and open country with a democratically elected government while.

B: Inner Mongolia is a region (province) located in the Northern part of China and now considered part of China.

Both were traditionally inhabited by the indigenous Mongolian peoples and their various tribal lineages at one time they formed one Mongolia commonly referred to as greater Mongolia.

Then read on, and we'll try our best to explain...

The most straightforward answer and the one most tour guides plum for is that a deal was made between Russia and China during the Soviet period. Sure the more recent divide can be in part attributed to an agreement between these two nations, but for a complete answer, we have to go back much further to a time when Mongolia was the dominant force in the region.

The Nomads Who Would Rule the World

Nomadic tribes have been inhabiting today's Inner/ outer Mongolian territory and the surrounding areas since ancient times. The Mongol tribes have always caused the Northern Chinese peoples problems; this is the reason why in the 7th Century BC, the Great Wall of China was begun. As the Mongolian empire started to grow, Genghis Khan eventually made inroads into China. Still, it wasn't until 1271 that Kublai Khan, the grandson of Genghis was to establish the Yuan dynasty. The Yuan dynasty a Mongolian run empire had complete control over present-day China and surrounding countries, making it the worlds largest land Empire. Kublai Khan even made his summer capital Shangdu (aka Xanadu) located near present-day Dolonnuur.

Unfortunately, by the time of the 15th century Mongols were no longer dominant, and their once-great empire lay splintered. Mongols stood divided. There were two main factions; Eastern and Western Mongols ( Oirads, Dzungars). The Eastern Mongols could also count on the Northern and southern tribes to boost their numbers.

The situation was chaotic, to say the least, made worse by the many regional leaders (khans) competing and battling it out to become the next prominent leader.

It was the Han-led Ming dynasty that overthrew the Mongolia Yuan dynasty in 1368. The Ming succeeded in capturing parts of Inner Mongolia including Shangdu and Yichang. Although eventually, the Ming prefered to fortify their country rebuilding the Great Wall of China In its present location, which follows the southern border of the modern Inner Mongolia Autonomous Region.

Inner Mongolia would continue as the political and cultural centre of the Mongols for many more years known as the Northern Yuan dynasty.

Meanwhile, further south the Manchus, a Jurchen group were slowly gaining power. The Manchus had aimed to not only to conquer China but also bring surrounding territories and countries into their fold.  The Manchus were able to make rapid gains in Mongolia by capitalising on infighting of the Mongol people.

In 1634, the Southern Mongol leader, Ligden Khan, was defeated. Following his loss and subsequent death (smallpox), his army fell under  Manchu leadership.

The Southern Mongol forces provided invaluable to the Manchus and their conquests the Chinese ruling Ming dynasty was to be swept aside consigned to the history books.

Problems continued for Northern Mongolians as not only had they lost their southern allies and lands but the forces in the west were now making moves to spread and take control of the North and Eastern areas.

At the time the most significant portion of the Western Mongol territory covered what is now present-day Xingjiang Autonomous region and Tibet.

The people that inhabited this region were the Dzungar Mongols. The Dzunger now saw it as their time to expand their lands rallying forces they almost overran their Northern opposition.

A Deal too Far

In a bid to stem the rout the Northern Mongols were to turn to their now formidable Manchu neighbours and request assistance from the Qing dynasty.

Of course, the Qing were more than happy to help not only did they ride to the west they were to reign in the Northern Mongolian region as a vassal state.

To the west, carnage ensued the Qinlong troops were to ride into the Dzunger lands and perpetrate one of the bloodiest genocides of the time. By the close of the year 1758, almost a million Dzunger were dead, killed by war famine or smallpox.

The Dzunger were virtually wiped from existence their lands now known as Xinjiang were to be repopulated by Han Chinese and Hui migrants.

What's in a Name?

Due to cooperation of Southern Mongolia and its support for the Qing, it was to be named Inner Mongolia in reference to its trust amongst an inner circle of regions. As for the North, it continued to battle unsuccessfully for its freedom and became outer Mongolia (never fully trusted).

There were to be many attempts by Inner, Outer and Western Mongolians to reunify. Unfortunately, all failed. The Manchus were clever to establish a strict system of division amongst the regions. It was forbidden for Mongolians and other ethnic groups to travel to the neighbouring areas within the Mongolian regions.

During the Qing Dynasty, it was also not allowed for Han Chinese to travel to Mongolian provinces; the mass migration of the Han Chinese to Inner Mongolia as we know it was to occur after the fall of Qing dynasty (much later in the 1950s). 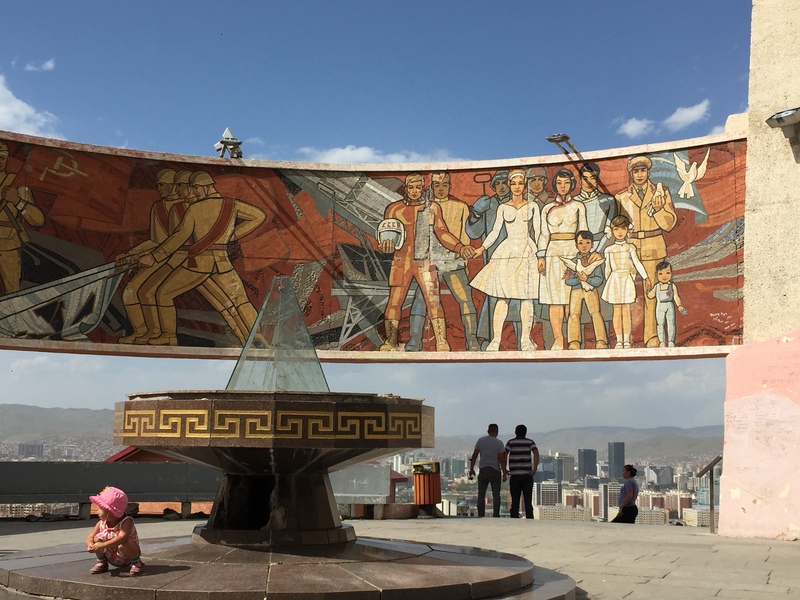 Up until 1911, the Qing had controlled Outer Mongolia with the power given to affluent Mongolian noble families whom in turn were expected to keep their fiefdoms in check. Qing overseers and military garrisons were always on hand to meet out harsh punishments and quell any voice of dissent.

The winds of change were, to begin with, the collapse of the Qing dynasty in 1911. The religious leader at that time the Bogd Khan immediately declared Mongolia's independence.

Things were not that easy, however, as the new Republic of China believed Mongolia to be part of its territory. The Bogd Khan raised forces from across the country, successfully pushing the Chinese troops from the nation's centre.

However, as they moved south, momentum lost, and extra soldiers promised from Russia failed to materialise, Inner and Outer Mongolia remained divided.

Outer Mongolia was again to lose its independence in 1919 as Chinese troops commanded by the warlord  Xu Shuzheng occupied the country. However, Xu Shuzheng's reign was not to last with Russian support forces began to push the Chinese from outer Mongolia.

In the year 1921, independence was once again declared, and a battle-weary Mongolia aligns itself with the Soviet Union.

It was discussed and agreed at the Yalta conference in 1945 that if the Soviet Union participated in the pacific war, then Mongolia's independence would still stand and be recognised.

With the establishment of the People's Republic of China, there was to be another attempt at preventing Outer Mongolia's independence. However, after much debate, independence was agreed.

On the 27 October, 1961 Mongolia was eventually admitted to the UN.

Inner Mongolia remained in the firm grip of China.

The 1950s saw mass migration from the Han Chinese into the region. Much of the grasslands have been turned over to intensive arable farming, and vast mines work the mineral-rich lands.

Inner Mongolia accounts for 12% of the total Chinese landmass, is home to almost 30 million people (80% of whom are Han Chinese), and as well as rare earth Inner Mongolia contains around 15% of the worlds total coal reserves.

As much as many Mongolians would like to dream of a Greater (unified), Mongolia it looks to remain a dream.