The West Sea Barrage, also known as the Nampo Dam, is a large-scale engineering project, and a must-see if you are in the Nampo area.

Like many things in North Korea, there’s a back story to this one, and it goes beyond the simple facts of a wall against the sea. 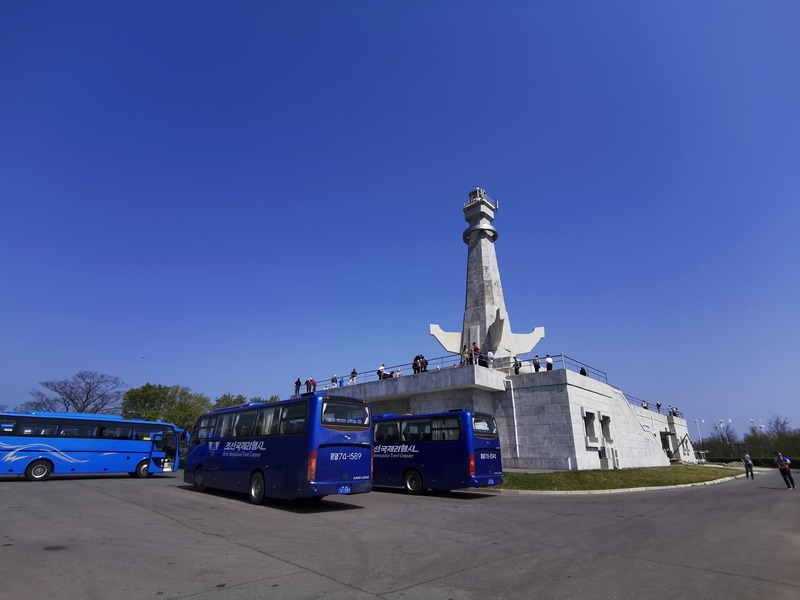 In the 1980s North Korea was looking to build its economy and assert itself on the world stage.

Whilst the big events of the decade such as the collapse of the Soviet Union and the Seoul Olympics were yet to come, at this time the young country’s central planners were thinking big and gargantuan centrally planned projects were seen as the way forward.

The Taedong (translation- great east) River is the lifeblood of Pyongyang and South Hwanghae Province.

Starting in the Rangrim mountains in the middle of the country, it runs through Pyongyang and empties into the sea 40km southwest of the capital near the special city of Nampo (literal translation- Southport…although it is there that the similarities end with its northern English namesake).

As with most rivers, it is wide, saline and tidal as it enters the sea, and these factors presented a problem - the width of the river estuary limited trade and transport between North Hwanghae and South Pyongan provinces, whilst the salinity and tidal nature of the river impacted farming lands in the surrounding area, as well as shipping traffic up to the capital.

From this, the idea of the West Sea Barrage was born.

It is perhaps a classic exemplar of the ‘this could only happen in a centrally planned economy’ genre- in many other countries, such colossal endeavours would be challenged by committees and watered down or abandoned.

In North Korea, not so much.

An epic war of man against nature

Construction began in 1981, employing 30000 soldiers and countless thousands more civilians; over the following 5 years, 280,000 tonnes of steel, 1,100,000 tonnes of cement and millions of cubic metres of gravel and sand were deposited in the sea-river in an epic war of man against nature.
The project resonates in some ways with the Hegelian aspects of the Juche idea- man being the master of the physical world, able and duty-bound to mould it to his will.

In 1986, the sea was finally tamed and the work completed.

Official figures put the cost of the work at $4bn, but such estimates don’t translate accurately between centrally planned and free-market economies.

With great fanfare, the barrage was opened by the President Kim Il Sung on 24 June 1986 and has been a source of pride for North Koreans ever since.

It has found its way onto banknotes, regularly forms the backdrop of TV news bulletins and karaoke videos, and when former US President Jimmy Carter went to North Korea in 1994 even he paid a visit.

It is 8km long with 36 sluices which can be opened or lowered in the rainy season, plus 3 locks for shipping traffic and 3 fish ladders.

It has seawater on one side and fresh water on the other and the top provides a vital road and rail connection between North Hwanghae and South Pyongan provinces. 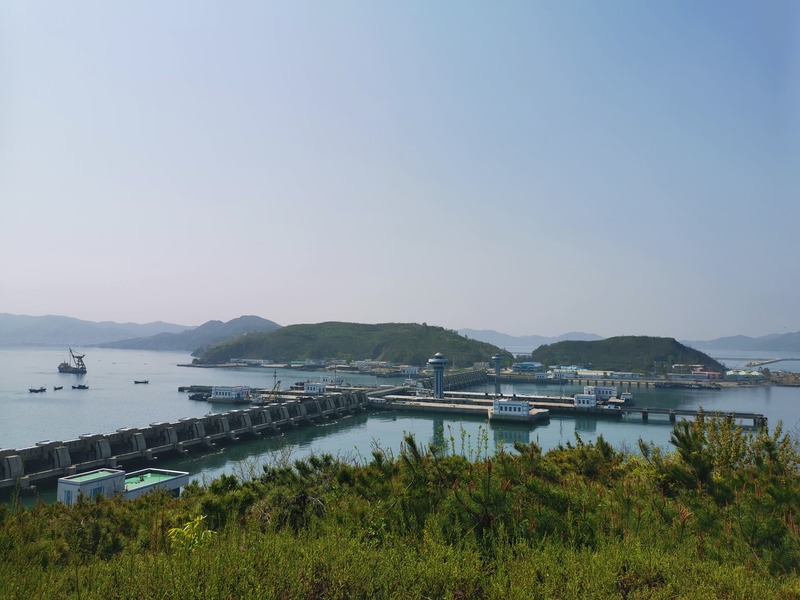 So, was it all worth it?

As with anything related to North Korea- even when discussing something as banal as a sea barrage- unbiased commentary is the exception rather than the norm.

North Koreans point to the inter-provincial trade and increased shipping traffic which makes more of the river navigable due to increased depth for vessels which draw greater draft, as well as the ability to irrigate large areas of arable land which were previously in tidal areas.

Critics have suggested there was a net overall loss of farmland which contributed to food shortages, and that the loss of tidal mudflats had further ecological implications on the area; not to mention the opportunity cost of devoting this amount of resources to a single project when there were many other pressing needs at the time.

Whether the project was a net success or not will likely never be settled since so much subjectivity comes into the assessment.

Projects of this size have unexpected consequences, and one which can still be felt to this day is the silting of the river.  Like all rivers, the Taedong carries small stones, sand and clay with it on its long and lazy journey to the sea.

Put a dam in the way, and these have nowhere to go, and so they build up.

Former residents of the Yanggakdo hotel 40km north in Pyongyang may recall the sounds of the dredging boats at night, scraping the river bed around the clock every day of the year that the river is not iced up.

Setting aside the effort required to dredge it up and the associated noise, this is not necessarily a bad thing; the silt gets turned into construction materials in the capital.

In a sanctioned country like North Korea where fuel is expensive, locally sourced material makes a big difference.