The North Korean passport is, perhaps, one of the least common internationally valid passports in the world.

Despite this, the document itself isn’t especially noteworthy since it must conform to international standards and display all the same information as a standard passport. 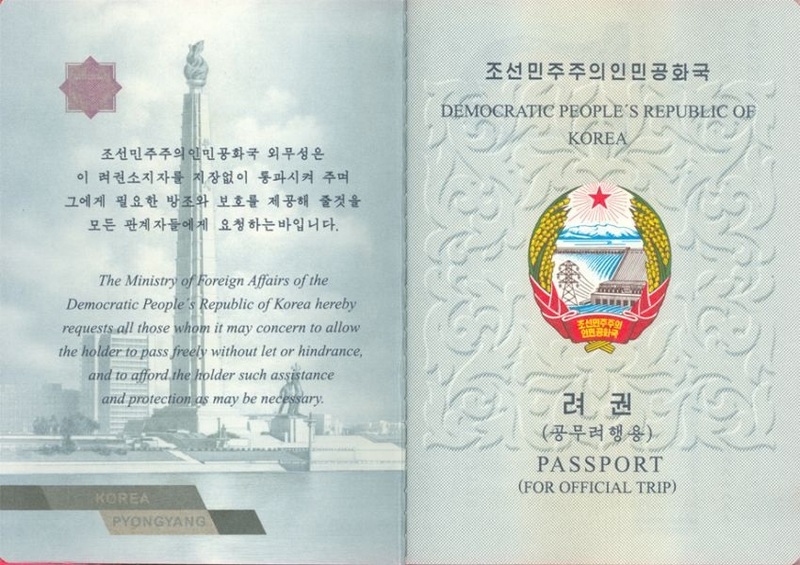 How Powerful is the North Korean Passport?

North Koreans can travel abroad on their North Korean passport visa-free to 10 countries, can get a visa on arrival in 39 countries, and need a visa for the remaining 149 countries. (https://www.passportindex.org/byRank.php)

The front cover of the standard North Korean passport is blue. At the top of the cover is the official name of the country, the ‘Democratic People’s Republic of Korea’ written in both Korean and English. The official emblem of the country is emblazoned in the centre of the page, and below that, the word ‘Passport’ is written, again, in both English and Korean.

Interestingly, the word ‘Passport’ in North Korean, ‘려권’ is different from the South Korean word ‘여권’.

This difference is a common example of how the language has changed since the division of the country.

The North Korean word is original Korean whereas many words in the south were changed to make them easier to say and/or to standardise pronunciation.

Learn about the North Korean language

Inside the North Korean Passport

The inside cover of the North Korean passport contains a short statement, in English and Korean, requesting that foreign governments allow the passport holder to pass freely without hindrance.

This is a standard across almost all international passports. In some variants, this paragraph is printed over an image of the Juche Tower in Pyongyang.

The first page of the passport has another image of the national emblem, this time in colour, along with any other information specific to the passport; for example “For Official Trip”.

The ID page of the passport is quite standard.

A photo of the passport holder, their name in both English and Korean, a passport number and other information such as their D.O.B, Passport Number and Issue/Expiry dates.

Aside from the standard North Korean passport, there are three other official passport variants for foreign travel:

This passport has a green cover and has ‘Official Passport’ written on the cover in Korean. It is used by economic representatives and other trade officials heading abroad on official business. This is not used by political officials on international trips. 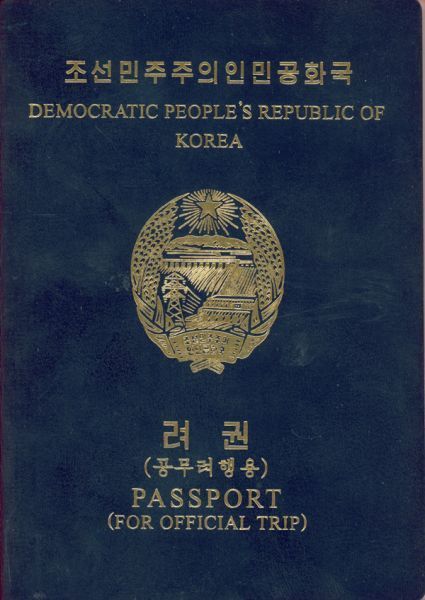 Used by political officials and diplomats, this passport has a red cover and has ‘Diplomatic Passport’ on the cover in Korean. Ambassadors and embassy staff all over the world will have one of these passports.

A grey covered passport, likely used in situations when somebody has lost a passport or is in sudden need of a foreign travel document to return home. This document has ‘Emergency Passport’ written on the cover in English and Korean. 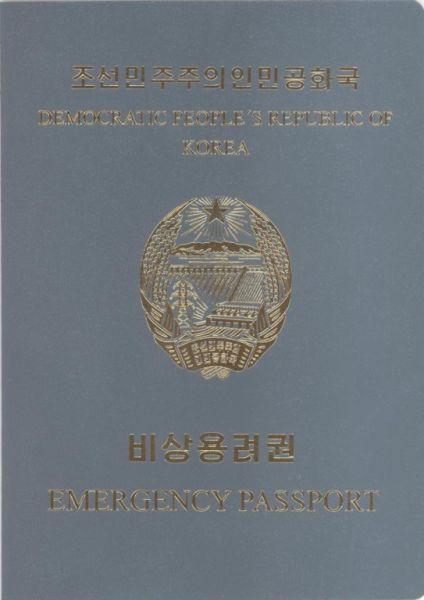