Cost: Free at present – but it is in trial opening at the time of writing. It may cost up to 80RMB when finally open properly. 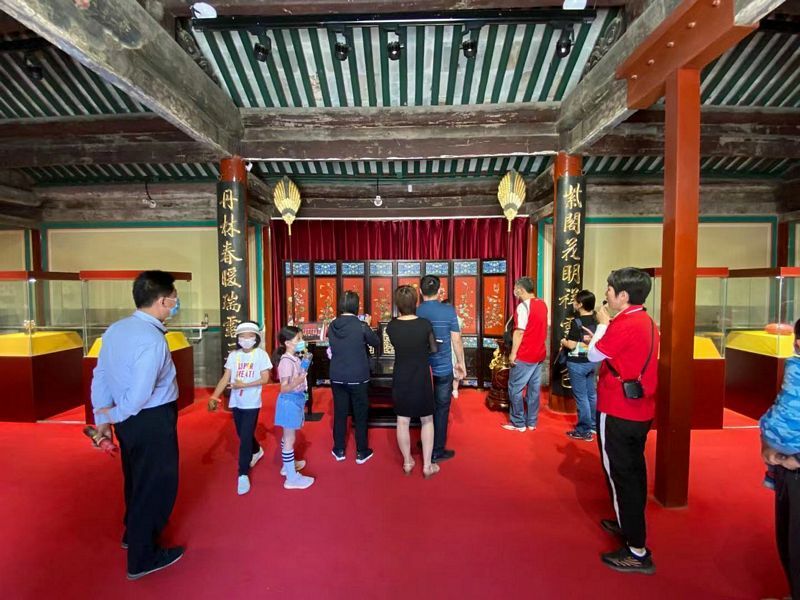 Cheng’en Temple in west Beijing’s Shijingshan area we originally built in the Sui Dynasty (5th – 6th Century) but the current layout (with some buildings changed and altered in the 18th and 19th Centuries) dates from the Ming Dynasty, and the reign of Emperor Zhengde, the early 16th Century. Strangely when the temple was completed to his specifications the emperor made a series of edits, including the ‘three nos’ which means that the front door of the temple was not to be opened, that incense was not to be burned, and that the temple must not be used for Taoist rituals. Apparently, these orders are obeyed to this day.

Cheng’en Temple is notable for having four defensive towers at the corners of the complex, as well as for containing some Ming-era religious paintings in one of its halls – sadly this hall is currently closed.

In fact at the time of writing (my visit was on June 5th 2021) the whole temple is undergoing a change of use – it is now the Beijing Eight Imperial Palace Handicrafts Museum, and going through a soft opening and trial period. This led to some confusion at the time of the visit, as booking is apparently required but there is no way to know that in advance, also visits are limited to fifteen people at any one time, due to the small size of some rooms. But why would so many people be in one room at the same time? For the simple reason that fixed group tours are mandatory at this place at the current time. A very strange policy for a Beijing Museum or Temple and one which the staff struggled to explain other than to repeat that it was a trial period and that this rule would soon change, why they would trial a system that would then be abandoned isn’t clear, but I joined the more than fifteen people there for a one hour tour anyway, which wasn’t uninteresting, just a bit of a pain being squeezed into room after room when I expected a fairly brief unguided visit around a reasonably pleasant temple on a quiet Saturday.

The Beijing Eight Imperial Palace Handicrafts Museum is not one I had even heard of before – the handicrafts referred to are ones that were specifically associated with the royal dynasties of China; if you’re interested, they are cloisonne enamel, jade carving, ivory carving, carved lacquerware, inlaid gold lacquerware, filigree, imperial palace carpet, and embroidery. In the main central hall there is a quite nice exhibit of most of these art forms but confusingly they are laid out somewhat randomly and not in front of the signs erected to explain what each one is. So in front of a panel explaining jade carving we can find some ivory, in front of a cloisonne enamel sign is an embroidered robe, and so on. I’m not sure why something so fundamental would be missed, but it is a trial period I guess!

Along the west side of the temple the various rooms have been turned into small exhibitions of furniture and various vases and so on, this is also nice to visit but perhaps just letting everyone wander in and out at will would be better than the squeeze we once more went through. A small sign with each piece stating what it is and what era would be useful too, some of the exhibits had this information, but many did not. 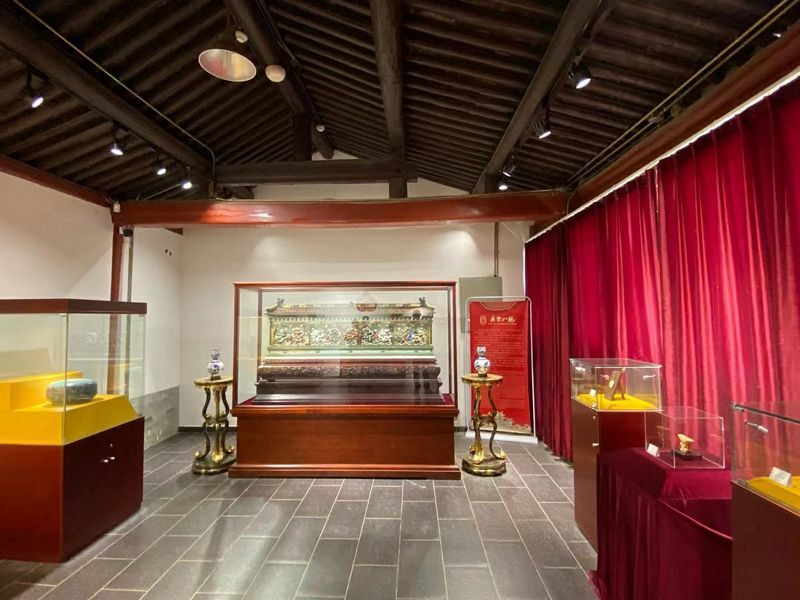 At the middle hall (which is the final one open at the moment) there were more exhibits and small shop, nice stuff available but nothing specific to the museum (no mugs, magnets, bookmarks, I mean, mainly examples of lacquerware and the kind of thing on display in the museum itself). The tour guide here did seem to really know her stuff, and the tour was only one hour, but a free wander around for someone moderately interested would take only 20-30 minutes I think and so it does drag on a bit. Anyway, these could well b teething problems and one of the several staff who lingered around the group at all times did tell me that it was free after all so there wasn’t much to complain about, given that most of the museums in Beijing are free this isn’t much of an argument though. This museum may be one to visit again and see if things have changed or improved, but anyone wanting to visit would be well-advised to check out the museum website for updates on opening regulations, times, dates, and so on before heading over.

The Beijing Eight Imperial Palace Handicrafts Museum is in a lovely spot in an old temple, but it just need a bit more thought to become something genuinely worth the time of anyone coming out from the city centre for a visit, the good news is that this is only a few minutes’ walk from the Tian Yi Tomb (former Eunuch Museum), the Beijing Quaternary Glacial Vestige Exhibition Hall, and the Fahai Temple – all four of these places can be visited in just a few hours, on a very varied and fun day out in Shijingshan District by anyone with the motivation. 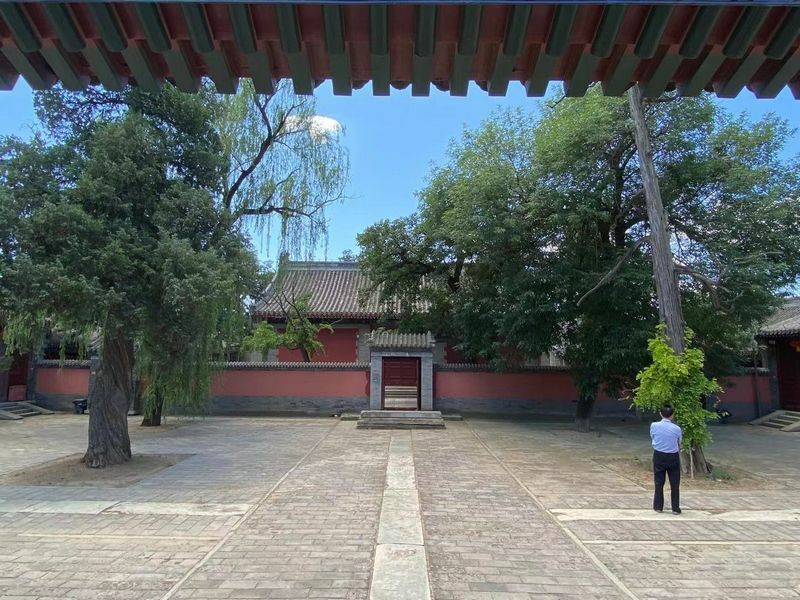