Volgograd (Stalingrad) - One of Russia's most fascinating cities

While the city of Volgograd was founded in the 16th Century it is internationally famous under another name entirely; Stalingrad (literally, ‘City of Stalin’) which was the name used from 1925-1961.

Koryo Tours has been running tours to remote regions of Russia since 2009 – this enormous country has much to offer any visitor and there are a lot of places we can recommend to those who travel with us.

In this series, we take a look at some of the places around Russia that you may want to add-on to any tour with us. 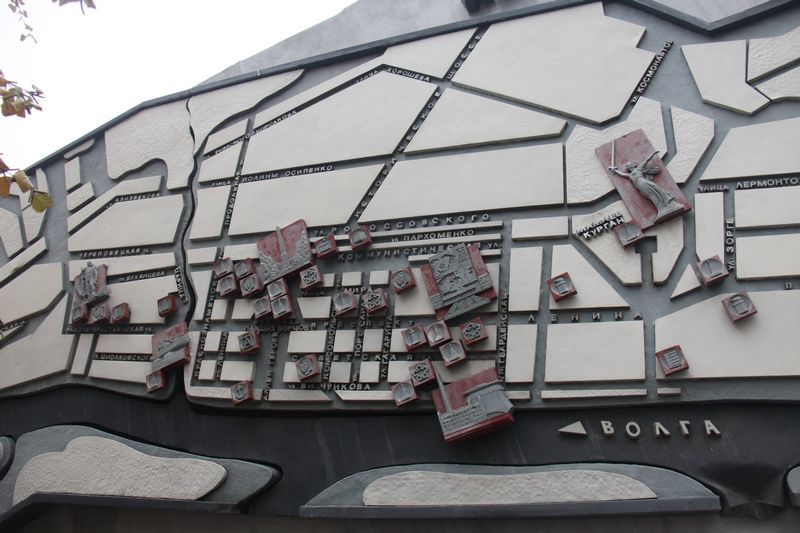 Situated in the region generally known as ‘Southern Russia’, which we can broadly define as the area between the end of the South Caucasus republics of Georgia and Azerbaijan) and the start of European Russia, the northern edge of the Volgograd Oblast (a term for the region that contains Volgograd itself). Volgograd these days has a population of around a million people and is the 12th largest city in Russia. It was also one of the host cities for the 2018 World Cup.

These days the city is mostly industrial and there is plenty of the blocky architectural utilitarianism to be seen anywhere outside of the very centre of the city, which contains a few more elaborate high-Soviet public buildings, but as the city was almost completely levelled during World War 2 there is little of the older history to be seen and experienced any more.

The city is named Volgograd as it sits along the massive Volga River, one of the key arteries in Russia both historically and today. This is Europe’s longest river and is navigable by ships for both passengers and cargo.

Most of Volgograd that visitors would spend time in is situated on the west bank of the river, and the city stretches itself along the banks in each direction

In 1925 the city was granted the name Stalingrad. In honour of the then USSR General Secretary Joseph Stalin, and the importance of the city in the recently-ended civil war. Carrying such a name gave the city great prestige and huge amounts of industrial sites were built up in the area from this time, utilising both the river and the new railway networks around the region and country.

When Germany invaded the Soviet Union Southern Russia was an obvious target; rich in industry as well as coal and other valuable minerals Hitler was aware that this part of the country was vital to the Soviet War machine, and the Wehrmacht swept in rapidly. By November 1942 most of the city was under German control but two pockets of heroic resistance kept the Germans from the river itself. A bloody and almost unbelievable struggle crept on and ground down the frustrated attackers until an enormous counter attack in Feb 1943, the Russian winter, led to the encirclement of the German 6th Army, and paved the way for the advance of Berlin.

It is no exaggeration to say that this battle was the pivotal conflict of the entire war, and beyond all other battles lives on in the cultural memory of the Russian people. Stalingrad was rightly named as a ‘Hero City’ and many similarly devastated cities around the world rushed to be twinned with Stalingrad, Paris even opened a Stalingrad Station on the Metro system there.

Renamed by Khrushchev in 1961 during the period of de-Stalinisation (something opposed by many residents, who thought it minimised the heroism of the city in the darkest days) there has been discussions ongoing since on the name to be kept (originally the city was called Tsaritsyn after all, another option to change to in the future). Stalingrad remains an iconic place and concept in Russian culture, both historical and contemporary. As the scene of the greatest triumph-from-disaster and a symbol of the will and ability to withstand hardship of Russians in general. This is not an event that can be avoided when visiting today’s Volgograd! 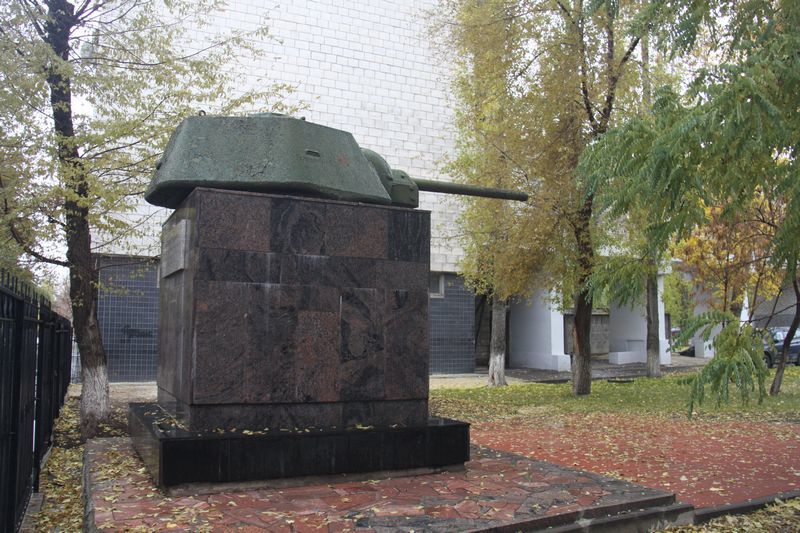 Volgograd International Airport (VOG) is around 30 minutes drive from the city centre.

Almost all flights are domestic and the usual way for visitors would be to fly there from Moscow (several daily flights). Taxis tout for business but the cheaper marshrutkas are the best options (marshrutka is a large mini-bus that follows regular bus routes, they can be found everywhere in the former USSR).

There is also a train station, conveniently located in the centre of the city, Sleeper trains to/from Moscow (20 hours) and St. Petersburg (34 hours) exist, plus longer routes that connect with the Trans-Siberian railway and carry passengers all across Russia as well as into Central Asia and to Eastern and Central Europe.

These trains may be slow, but they are comfortable, a fascinating way to see the vastness of the country, and cheaper too!

How to Get a Russian Visa

As well as having marshrutkas in the city there are also those that ply regional routes so if you wish to travel to Volgograd from Astrakhan, Elista, or elsewhere these buses can be found and are cheap and regular too.

Being situated on the Volga River another option is available; boat travel. Boats to Moscow, Astrakhan, and elsewhere exist, note that the journeys can take a long time. After all, boats are slow, and the Volga is enormous!

In terms of getting around the city, most of the central area is perfectly walkable and we always recommend doing as much on foot as possible. In any Russian city of this size, you’ll find all kinds of interesting spots just wandering around; fun and funky cafes, a Lenin statue here and there, monuments and memorials on the corner of key streets.

For longer journeys through Volgograd has the amazing Volgograd Metrotram – a fun combination of underground train and tramline (basically a tram that goes underground.

This quirky vehicles goes everywhere you would need to go, is cheap, easy to catch, and handily is above ground for most of the routes.

Highly recommended and also iconic among residents and visitors to Volgograd.

The absolute must-see if you visit Volgograd.

This is the name of a hill that overlooks the city and the Volga River. Once known for being the burial ground of a Tatar Khan this is now the cite of a huge complex of instantly-recognisable statuary (to Russians at least) and monuments to the heroism and resistance in the Battle of Stalingrad.

Allow at least 3 hours to walk around this site, take vast amounts of photos, be amazed by the workmanship, saddened by the events that led to this being a necessary place, mingling with the locals of all ages who come here all the time, it is simply unmissable and should be visited by every single person without exception. There is nothing quite like this elsewhere.

The centrepiece is the towering Rodina Mat (“The Motherland Calls”) statue of a fierce and armed woman towering over the rest of the hill. Also present ware the Square of Grief, the Hall of Military Glory (with an impressive eternal flame) and much more. 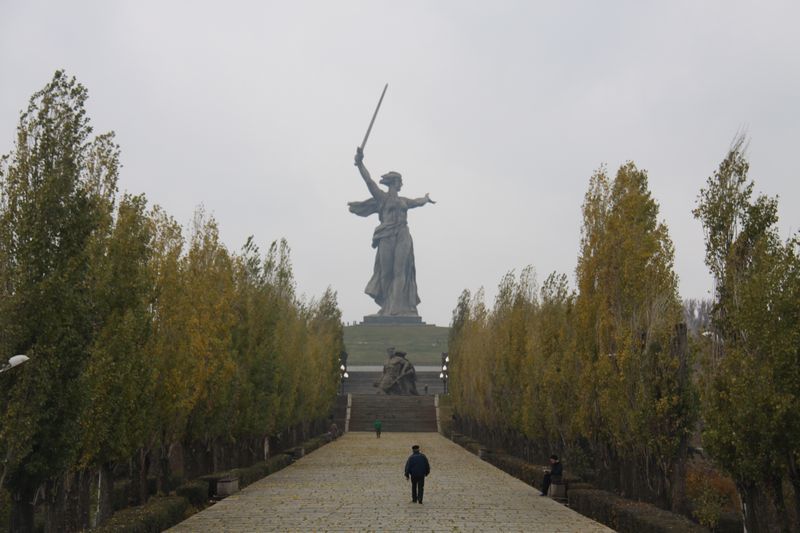 The key place to learn about how the Battle of Stalingrad came about, progressed, the dire situation faced by the defenders, and the eventual glorious victory. Very touching if a little old-fashioned in some areas. An essential place to visit.

Next to the museum, this building stands as it did at the end of the battle itself.

A Monument to the devastation of the city. Across the road also stands the ruins of Pavlov’s House.

One of the pockets of resistance against the previously unbeatable Wehrmacht. Seeing this small site it is hard to believe that the fate of much of Europe hinged on this spot, what is now little more than a bullet-riddled wall.

Read up on the story before visiting for maximum effect. 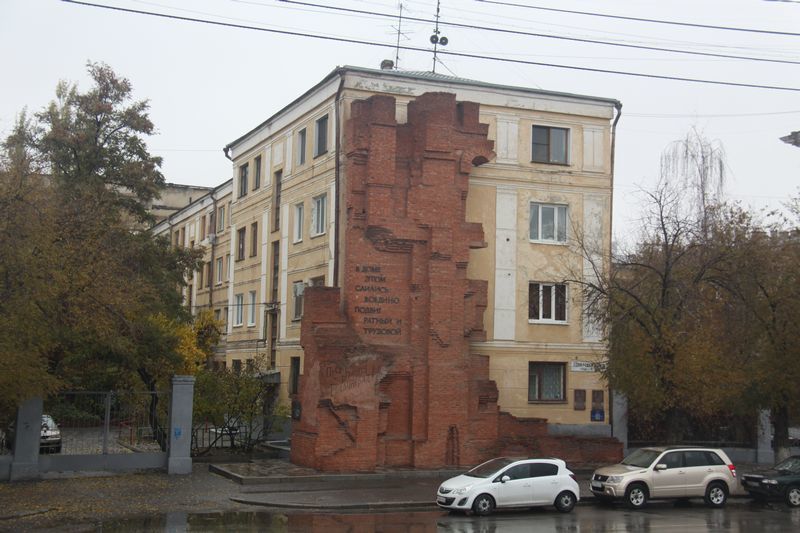 A very nice walk along the riverside is essential. You will find cafes and bars of course, plus plenty of broken concrete, graffiti, and people hanging around.

Go to the water itself to dip your toes, something the Nazi war machine was unable to do, despite sending millions of men into the attempt. The river is long and the city stretches along with it, so commit some time and this will be a fun way to spend an afternoon and evening.

Of course, there is much more to see and do in Volgograd – many sites have their own memorials to the battle of Stalingrad (including at the old flour factory), as well as some picturesque churches, various squares and monuments, city parks, and shopping malls. 2 days is the minimum one should spend in this fascinating city.

Highly recommended, crucially important, and both tragic and fascinating.