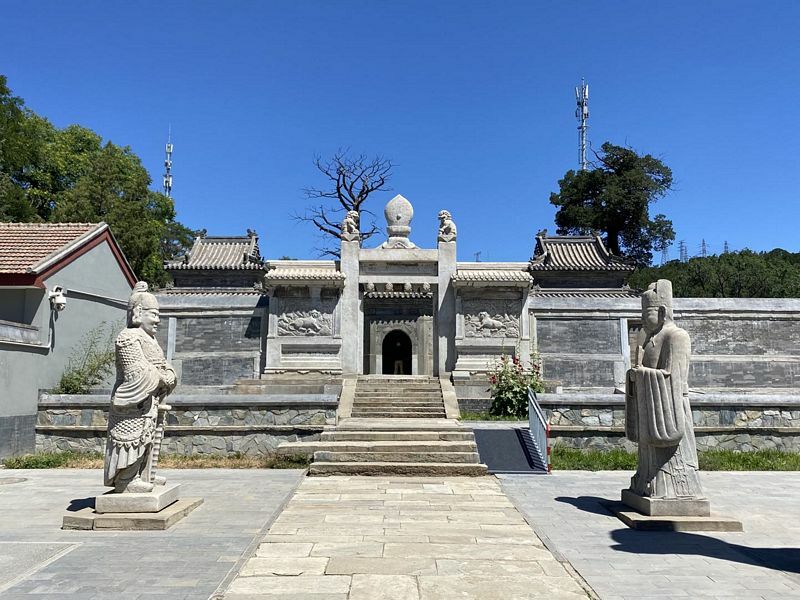 Located in a village-like Hutong area at the edge of Beijing city, in the Shiujingshan area (only a few minutes walk from both the Beijing Quaternary Glacial Vestige Exhibition Hall and the Fahai Temple) the Tian Yi Tomb is better known by something that it tragically no longer is, the Eunuch Culture Museum. Like the genitals of Tian Yi himself, this museum has been cruelly severed from the world, and from 2020 this site is now home to the less-relevant Shijingshan Cultural Relic Stone Carving Garden.

Now this exhibit is interesting enough, a bunch of stelae and various other stone carved sculptures, but if this is the sort of thing you are looking for then I recommend the excellent Beijing Stone Carving Museum. I was here for eunuchs and was a bit let down by missing out on all the gory details.

Still this is still a place with a eunuch theme; Tian Yi was one himself and he served at the Ming imperial court until his death in 1605. He was a man of such significance that this lovely mausoleum area was set up for him by the emperor, which he later had to share with three other eunuchs also buried here. 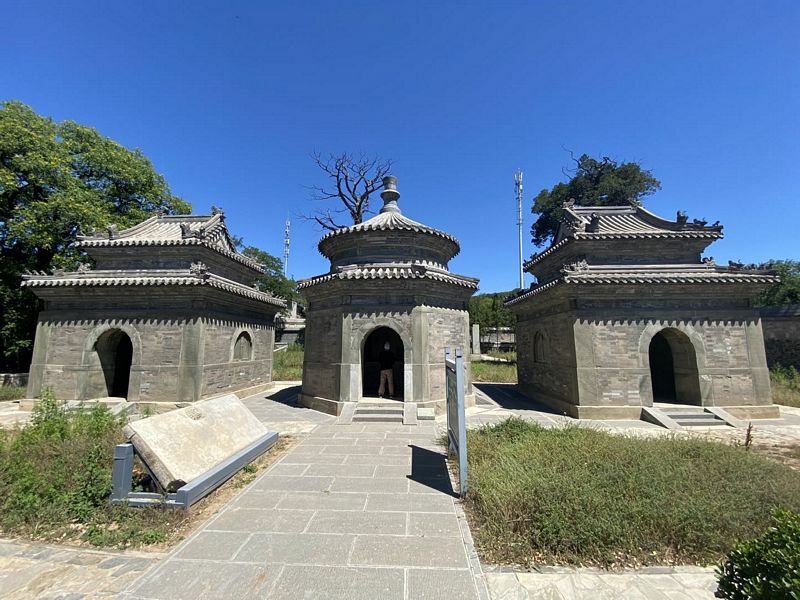 The tradition of Eunuchs in China is a long one, around 4000 years by many estimations, and the process of how it all worked used to be displayed here, but no longer. This can of course be looked up online (this is a family website after all) but it involves a surgical emasculation which leaves the man in question (assuming he survives the procedure, many did not) unable to reproduce. IN China, as well as in many other older civilisations, this kind of thing seems worryingly widespread) eunuchs were often used in the civil service, possibly partly because their access to powerful women as well as their reduced state meant that they couldn’t pollute the imperial bloodlines. However, history is full of tales of scheming eunuchs causing all manner of chaos and havoc as puppetmasters and kingmakers, so maybe cutting off one form of release shifted emphasis to another, even more destructive one, in some cases at least.

Anyway, a much more detailed and well-researched blog on the Koryo Tours website about this place, written when this place was still the Eunuch Museum can be found here, check it out for all the details! 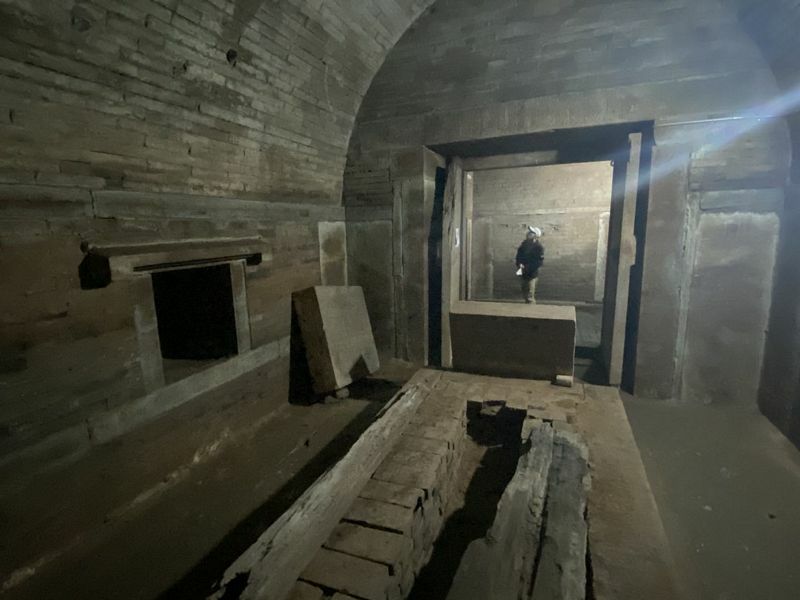 Today this site is still in good condition and is a very attractive place to visit. The tomb area has been put back together after various periods of looting and vandalism, and the three ornate stone pavilions containing stelae relating to Tian Yi and his deeds are particularly interesting. At the back of the complex the domed tomb of Tian Yi himself, as well as the other eunuchs buried here stands, just a dome from above ground, but if you take the stairs down into the crypt it is more impressive, although all the goodies were looted in the early 20th century.

The Tian Yi Tomb is still well worth visiting, even without the full details of eunuch culture that used to be on display. It takes only half an hour or so to have a complete look around, but is in a pleasant part of the city and next door is an excellent cultural centre and coffee shop which has itself exhibits of some of the major sites in the Shijingshan area – the Tian Yi Tomb, Fahai Temple, and more, well worth stopping here for a break as well. 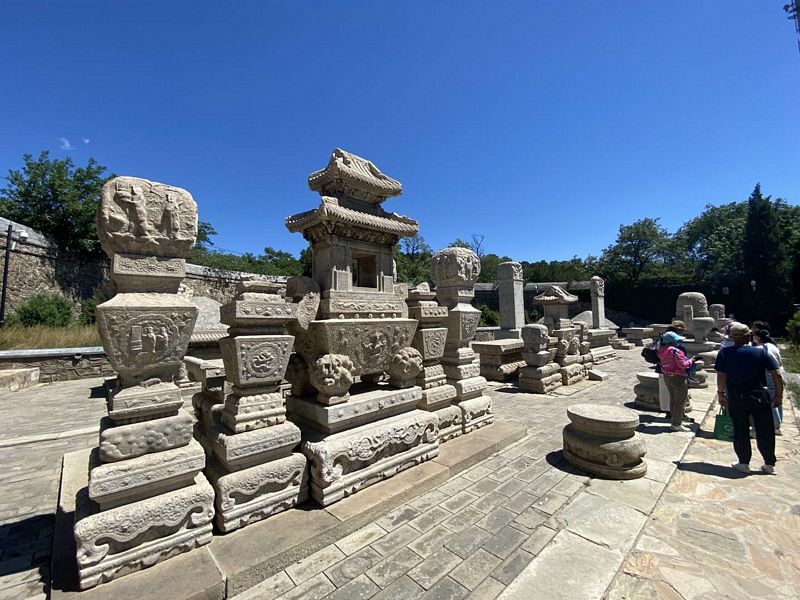