Location: 12 West Nancaiyuan Street, Xicheng District. Nearest subway station is either Guanganmen Nei or Taoranting, each around 2km away 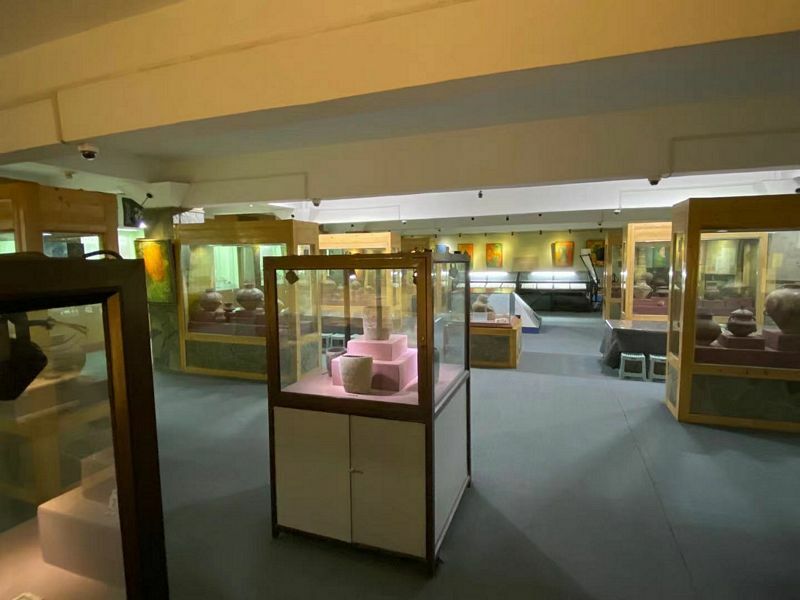 Located in the narrow road that runs alongside the north side of Grand View Garden, the Ancient Pottery Culture Museum is quite a niche place, but not without charms to impress even visitors who are ambivalent about pottery, ancient or not.

The museum opened back in 1997, and some of the displays have clearly not been updated since then, the analogue panels, which would have been replaced by occasionally-working digital boards in a more modern place, are quite charming in some ways, but the place could perhaps do with a bit of modernising – however (and this is a point made by a quirky display of pottery balanced on old computers and technology in this very museum) the scale of what makes something ‘old’ is very much subjective, and perhaps the retro vibe fits an exhibition of some exceptionally ancient artefacts. Another quirk of note is the display numbering system - which uses rows of beans as well as mahjong tiles to show the number of the item on display, rather than the simpler and more boring sticking of an Arabic numeral next to each piece.

All the pottery on display is held in one room, a 400 square metre basement. At the time of my visit the only other people present were some folks measuring various pottery fragments for record-keeping, and some young people taking high-resolution photographs of yet more pottery fragments, so real museum work really. 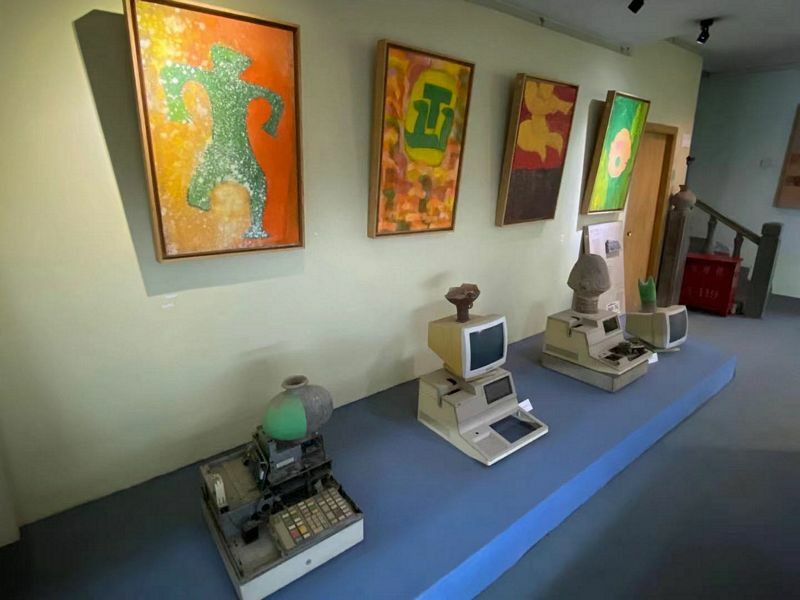 Here, in the various display cabinets, the visitor can see clay stamps used through various Chinese dynasties by officials, court eunuchs, chariot drivers, and so on, various pots of course, a quite extensive collection of roof tiles. Also lutes, bowls, and some lovely green glazed pottery pieces from the Western Han Dynasty (which lasted from 286 BCE – 8CE) which I was quite taken with.

Also of note are the explanation which are in Chinese and perfectly understandable English, these translations are not without the occasional idiosyncrasy though, and some seem rather frank indeed. One board states “Our museum is known for its collection of clay seals of the Qin and Han Dynasties. We are not crazy for other seals, but we did come across a few precious ones”, another (with a collection of very intricately carved miniature bone slips, for record-keeping in the Han Dynasty, explains that a major find was made in 1986 and that “Through the non-official channels, our museum acquired a handful of the bone slips from the same site” which is very frank and honest about how such items are sometimes acquired.

The Ancient Pottery Culture Museum is very much a single issue place – ancient pottery or nothing, and at 50RMB it is among the most expensive museums in the city, considering some of the amazing places you can visit for free paying 50 RMB for a somewhat dingy basement full of old pottery might not seem like a great deal, but if you have any interest in Chinese history and its relics then this is worth a look for sure. 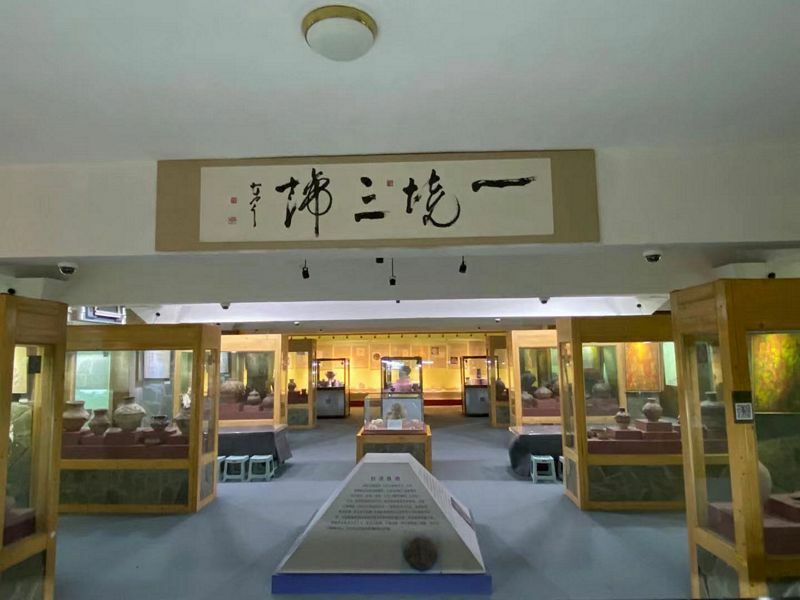 IN the entrance area on street level there is a book shop, specialising in publications related to history and archaeology of course, as well as some fun souvenirs too. There are also books (In Chinese) that give a lot more detail on the items in the collection as well as their provenance and how/where/when they were excavated – this is a working museum after all, with staff actually engaged in the work of finding, cataloguing, and working on their pieces, not just a showcase, so the staff here really did seem to know their stuff and even a brief chat at the end of my visit added a lot of value, I gladly bought the most expensive fridge magnet so far in the Museums of Beijing project here!

So, it’s not for everyone, and it is hard to genuinely recommend this museum to anyone in Beijing for a limited time, and who is not a pottery fanatic, but for something a bit different, something that only needs half an hour of your time, and something that gives a glimpse of the depth of Chinese history too, you could do a lot worse than visiting the Ancient Pottery Culture Museum