Location: 9 Chongwenmen Dongdajie, Dongcheng District. Nearest subway station is Chongwenmen (at one end of the wall remnant) or Jianguomen (nearer the other end)

Cost:10 RMB to access the wall itself and the Dongbianmen Tower (the park itself is free) Beijing may be more famous these days for the Great Wall than the city walls, most of which have been torn down in the modern era (the somewhat less attractive Second Ring Road) runs where the walls used to stand) but there are still spots in our city where the old walls and gates exist in one form or another and can be visited; the Yuan Dynasty wall relics can be found in the northern part of the centre, the Liao and Jin City Wall Museum is an interesting and obscure visit even though the wall relic here was lost and has to be unearthed, and there are still remaining towers from the later Ming and Qing eras at the south end of Tiananmen Square, at Deshengmen (this tower being home to both the Ancient Coins Museum and the Museum of City Wall Defence), as well as the small tower holding the Ancient Observatory.

During the Ming Dynasty the city was surrounded but a series of walls, the outer city wall wrapped around the whole of the centre, then the inner wall bisected Beijing in half again and was built in 1419, originally extending more than 40km all that remains now is this mostly-ruined section of wall around 1.5km long and stretching from Chongwenmen subway station in the west, running behind the Beijing Railway Station, and then turning north as it hits the second ring road, to end just outside the Marriott City Wall Hotel. 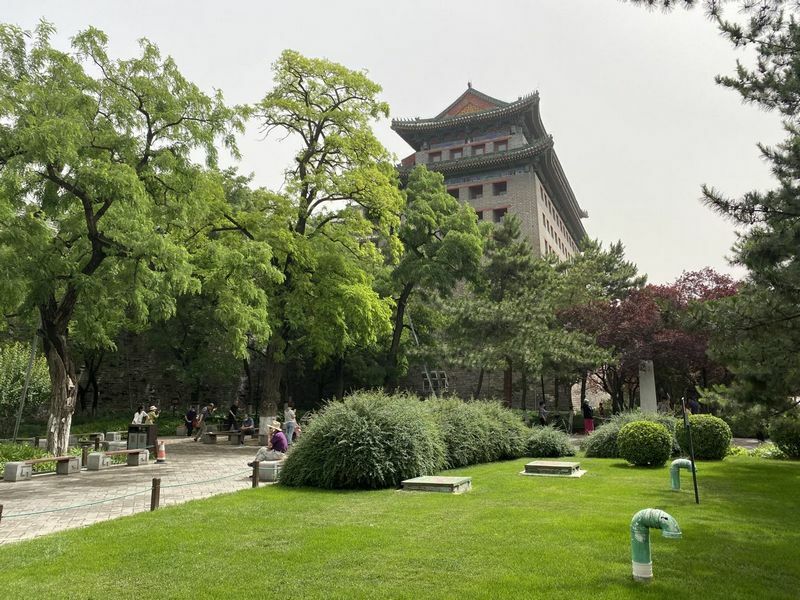 The Mind Dynasty City Wall Relics Park runs alongside the wall, a very attractive and pretty place popular with walkers, wanderers, kids, and anyone who likes a bit of greenery with an ancient backdrop – it is a very pleasant place to walk and is divided into two parts, the larger and longer section including a restored railway signal house from 1901, and the smaller and quieter part being separated by the several railway lines running into the station, which have to be crossed by walking under a bridge that is outside of the park area itself.

The main attraction for museum-heads though is the wall itself rather than the park that runs alongside it. Most of the remaining structure is closed to visitors, but a small section in the southeast corner has been restored, including the attractive and looming Dongbianmen Tower. For a mere ten RMB visitors can access the wall, climb up some steps to the top and enjoy some views over the city and the railway yards. This part is small but is worth the money and is not so ‘restored’ to remove any sense of history from the experience.

Inside the Dongbianmen Tower there is a small museum display that helps with the context of what you are visiting, entitled ‘Exhibition of Beijing’s City Walls and Gates’ this is a display spread across the 3rd level of this tower with models of and information about each of the Ming Dynasty wall’s seventeen gates; what they looked like, what went on there (while most were to regulate who entered and departed some had special bonus attributes, such as being the site of an execution ground for example). It’s a small but well-done exhibit which is very useful for anyone wanting an idea of just how important and massive the city walls used to be. 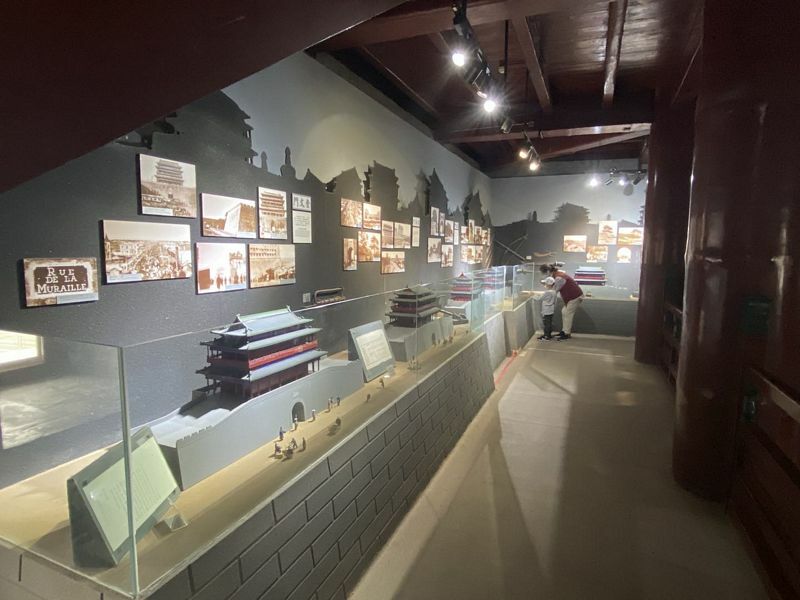 The Dongbianmen Tower itself was known as the Fox Tower to westerners and is known for being the site of fierce fighting in 1900 when the 8 Nation Alliance battled the Boxers and Chinese government forces. Some graffiti/vandalism from that time, scratched by American and Russian soldiers is preserved and displayed on the outside of the tower, the point of doing this then slightly undermined by local visitors then scratching their names onto the bricks in the 21st century next to this more historical vandalism.

The Fox Tower is also known to readers (although not mentioned in site) of the true crime book Midnight in Peking as the place where the mutilated body of British teenager Pamela Werner was found back in 1937. The Red Gate Gallery was also located here until 2017. Now the tower (the largest of its type in the whole of China) makes for great photos, a lovely backdrop to the attractive park, and a really interesting place to visit for anyone interested in how Beijing used to look before utilitarianism in the form of the Second Ring Road and the Beijing Subway construction caused the city wall to be mostly removed.

This site is so simple to visit, offers excellent value for money, and only takes an hour or so to visit (plus time spent wandering in the park itself). For anyone visiting Beijing this could well be listed as a must-see - I strongly recommend a trip to the Ming Dynasty City Wall Relics Park. 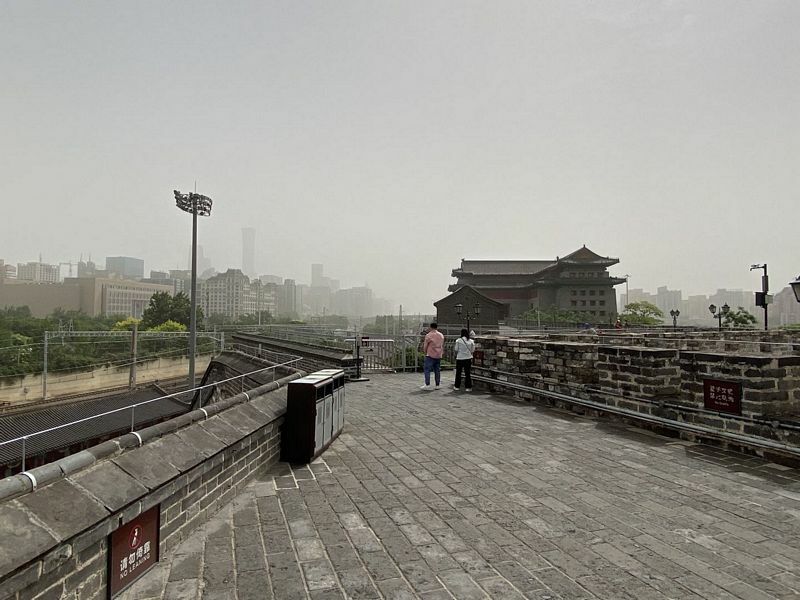