The North Korean Won is issued in Pyongyang by the Central Bank of the Democratic People's Republic of Korea.

The images on these banknotes illustrate areas, people, political ideologies, and landmarks of national importance.

Each banknote is market with the North Korean Coat of Arms. This is positioned in the top left-hand corner.

The North Korean Coat of Arms is made up of a 5-pointed red star shining over Mt. Paektu and a hydroelectric dam.

The red star is widely used to symbolise socialism, whilst Mt. Paketu is Korea’s most sacred mountain. The hydroelectric dam represents self-sustainability and prosperity.

In the red ribbon featured on the emblem are the words ‘Democratic People’s Republic of Korea’, the official name for North Korea (or DPRK for short). 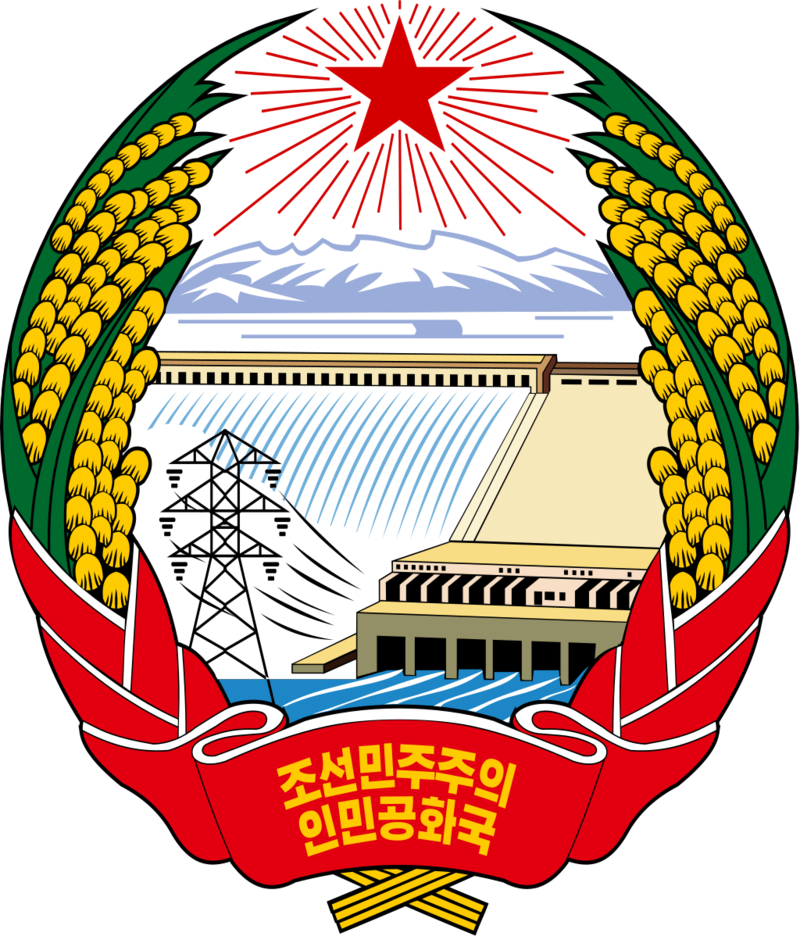 The North Korean Won became the official currency of North Korea on December 6, 1947.

This replaced the Korean Yen that was in circulation at the time.

Since the establishment of North Korean won, the North Korean government pegged the value at 2.16 won to the dollar.

This number is significant as it is the date of second leader Kim Jong Il’s birthday (16th February).

The North Korean won was revalued in November 2009. This is the first time that a revaluation had taken place, and it proved a difficult time for Koreans.

The current series of banknotes first circulated in 2009 when North Korea underwent a currency reform.

New edition of the 5000 North Korean Won note came into circulation with a new image (see below). As of 2020, both old edition and new edition remain in circulation. 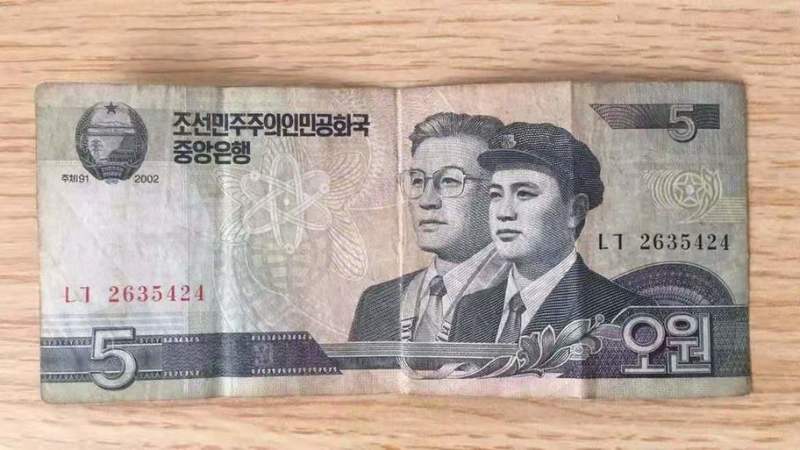 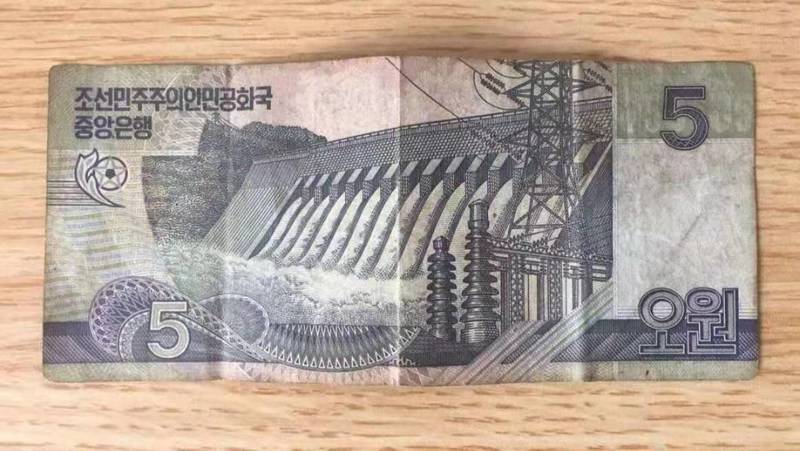 The front of the ₩5 North Korean Won shows members of the Workers’ Party of Korea (WPK), the founding and ruling party of North Korea. Kim Jong Un is the Chairman of this party.

The back of the ₩5 North Korean Won Hwanggang Hydroelectric Dam, located near to the demilitarised zone (DMZ) on the North-South Korean border.

It’s estimated that over half of North Korea’s electricity is generated by hydroelectric plants. 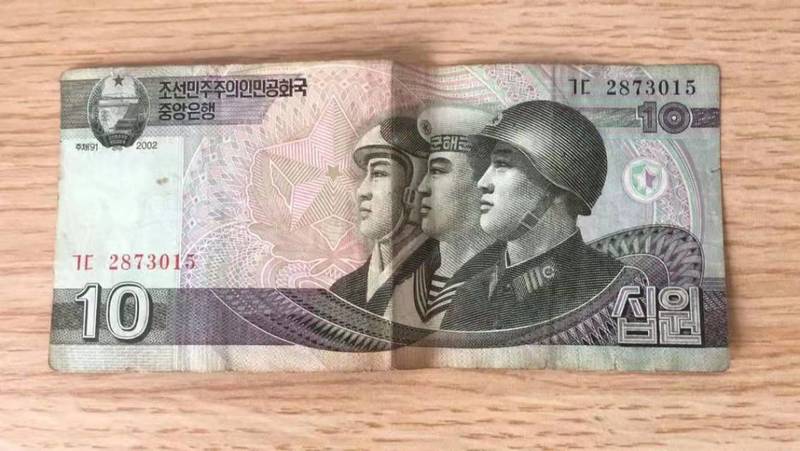 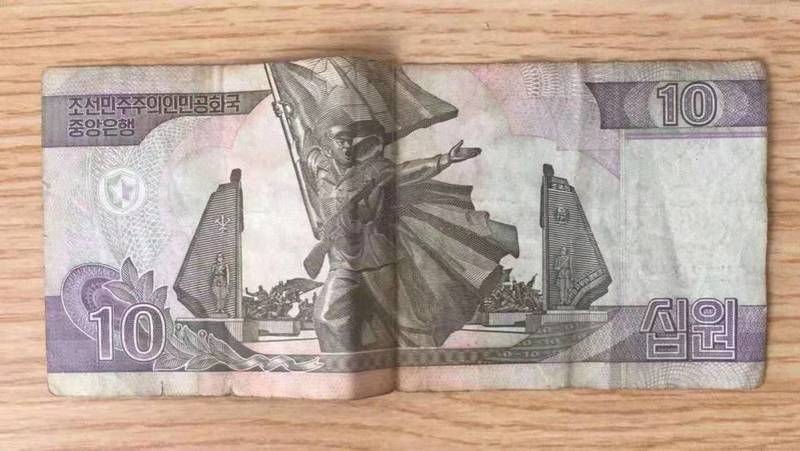 Korean People’s Army (KPA) members representing the Air Force, Navy, and Ground Forces. This highlights the importance of which North Korea puts on the military’s role in society.

In the mid-1990s, Kim Jong Il reinforced the “Songun” policy, which puts the military first as a guiding force to the state.

North Korea has the fourth-largest army in the world.

The reverse of the ₩10 North Korean won note shows the monument to Victorious War. This stands at the Victorious Fatherland Liberation War Museum in Pyongyang. 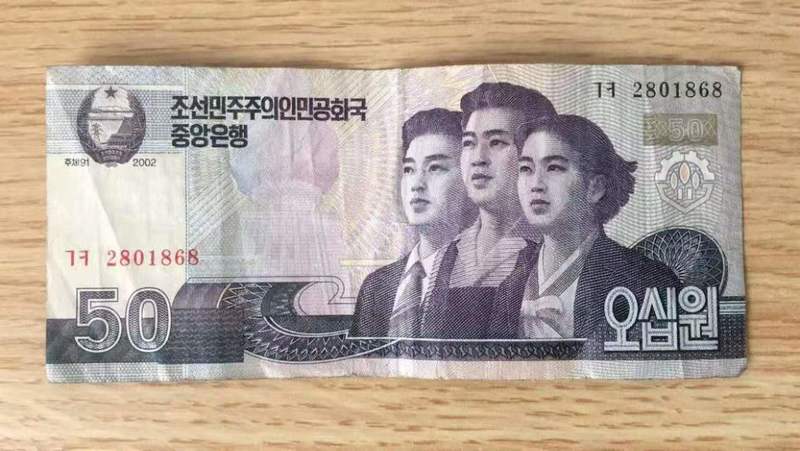 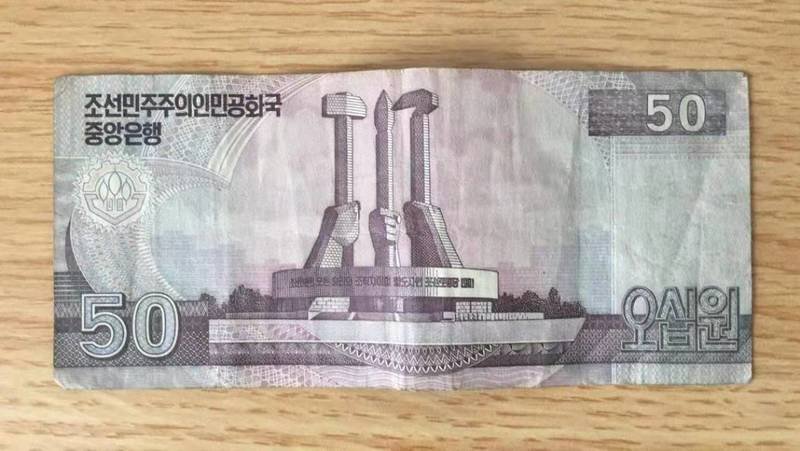 On the front of the ₩50 North Korean won you can see the intellectual, labourer, and farmer.

These are representative of the Workers’ Party of Korea.

The reverse of the ₩50 North Korean won note shows the Monument to Party Founding or Party Foundation Monument.

This is one of Pyongyang’s most iconic monuments and rich in symbolism.

The text states: ‘Long live the leader and organiser of the victories of the people of Korea, the Worker’s Party of Korea!’