Shrine to China's paragon of loyalty

Wen Tianxiang was a poet, scholar, senior government minister, and general in the late Southern Song Dynasty. He lived from 1236 until his execution at the hands of the Mongol Yuan Dynasty in 1283, apparently in a location very close to this temple. His life story is an interesting one and is told well here – give it a read, it is well worth learning a little about this fascinating chap.

Wen Tianxiang temple itself is a small space, but very centrally located in Beijing and easy to visit. Covering only 600 square metres this is not one of those massive temples, and a basic visit here will need only around 20 minutes. There is a handy and informative English audio explanation of the basics of Wen’s life at this specific site (a total of just five minutes, available via a QR code). I found this to be very useful and with the right amount of detail to not be too complicated or simplistic – if only more museums could produce such a concise summary for visitors to get started!

Spread over two courtyards, this very pretty complex starts with a yard containing a tributary stone carved with the visage of Wen Tianxiang and a poem quoting both Confucius and Mencius (implying that he belongs in such exalted company). The eastern wall holds a poem written by Wen, and the hall to the north is a small basic museum of his life. 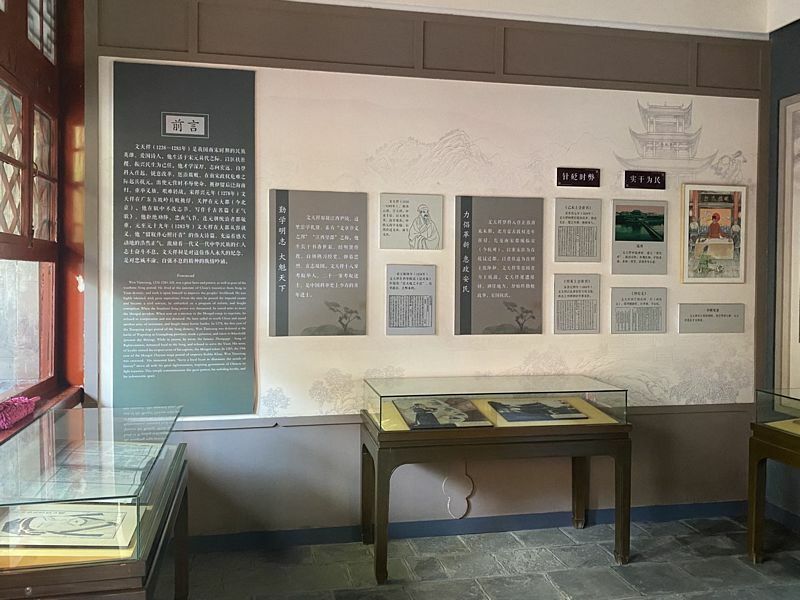 In this room, the basic history of Wen is on display – his rise to power, his efforts to fight the invading Mongols, his capture by them and the five years he spent as a prisoner, during which he showed intense loyalty to the former regime. It is this loyalty that he is most famed for, as well as the poetry he wrote all about that loyalty – this point is really rammed home here, and one starts to think (especially when looking at a painting of Wen lecturing his Mongol guards about loyalty, and the pained 'heard it all before' looks on their faces) that they probably executed him just to shut him up.

人生自古誰無死，留取丹心照汗青. (All men are mortal, but my loyalty will illuminate the annals of history forever).

Of course, having set out his position on loyalty he could hardly then simply do what Kublai Khan wanted and demanded of him (mainly to write to the remaining Song Dynasty hold outs and encourage them to surrender – possibly saving their lives), and another painting here shows Wen in chains being presented to the conquering Emperor, and still refusing to submit.

Beyond the museum section, the back courtyard holds a lovely wizened old jujube tree, possibly planted by Wen Tianxiang himself (he used to hang out here, not to live exactly, just to use the temple complex), which leans severely to the south – an explanation board claims this is due to being inspired by Wen’s loyal spirit, but it could also be that there is more sunlight coming from the south - who knows?

The final building is the temple itself. With a place for prayers and offerings, plus some carvings and stelae. Examples of Wen’s policies, books about his life, and so on, are also displayed here.

While the Temple of Wen Tianxiang may not top the list of religious and historical buildings for visitors to Beijing, it is something well worth a stop for anyone passing by this popular part of town. A short visit is enough, there are things to be learned, the place itself is picturesque and lovely, and the man to whom it is dedicated had an interesting and eventful life, so much so that he remains famed as a paragon of loyalty and virtue almost eight centuries after his death. 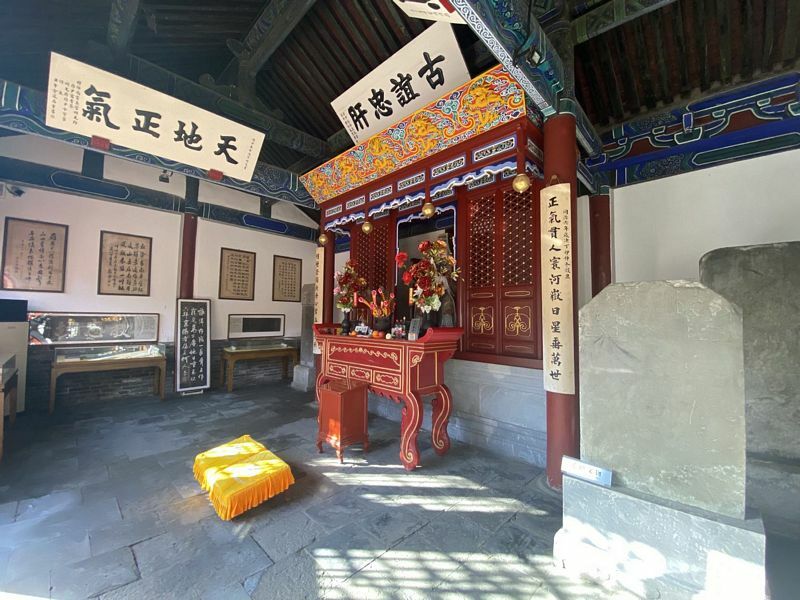