Flag of the Soviet Union

Love it or loth it if you lived through any part of the cold war, or like to watch movies from that period the golden hammer and sickle emblazoned on a red background will stick in your mind.

The flag of the Soviet Union was the official national flag of the Union of Soviet Socialist Republics from 1923 until 1991.

It is said that the struggles of the common man inspired its design during the brutal Russian Revolution of 1917. Even today there is nothing that symbolizes communism more than the flag known as the red banner.

If you missed it the design of the flag of the Soviet Union is formed of a completed red banner. On the solid red background in the top left-hand corner sits a golden emblem created of a crossed hammer and sickle (in gold). Above the hammer is found a red star with a golden outline. There has always been a little debate as to what should be on the back of the flag, commonly the rear of the Soviet flag should remain plain red although many flags were hand-stitched or woven so the emblem from the front would be reflected on the back (in reverse).

Symbolism of the Soviet Union Flag

So what does the flag of the soviet union all mean?

The colour red has always traditionally been important in Russian culture, in the design of the Soviet flag, it means a little more.  The red found on the flag of the Soviet union symbolizes the blood of the workers and farmers spilt during the Russian Revolution of 1917. The red flag also pays homage to the Paris Commune of 1871 when for a brief period the working class overthrew the status quo to rule Paris from March 18 to May 28.

The hammer symbolizes the urban industrial workers, whilst the sickle the agricultural workers, together these two elements of society form the working-class of the Soviet state.

Whatever the meaning eventually the star would come to represent the communist party and its strategic positioning above the hammer and sickle reflects the importance of the party above everyone's life.

Across Mongolia and central Asia option B was taught in most schools along with the fact that; The golden border of the red star reflects life, energy and vitality (similar to that of the sun), filled with the sacrifices of the Russian people.

During the 1917 Russian Revolution, the Bolsheviks considered using a simple red flag as the banner of their nation such a flag was already historically commonly associated with socialist movements at that time. However, after Lenin and Marx finally achieved victory, it was decided to incorporate a little more on the nation's flag.

There was to be a few tweaks and changes to the design until eventually in 1955 after further adjustments to the hammers handle and the shape of the sickle "the Statute on the State Flag of the Union of Soviet Socialist Republics" was passed, and the Soviet flag made official. 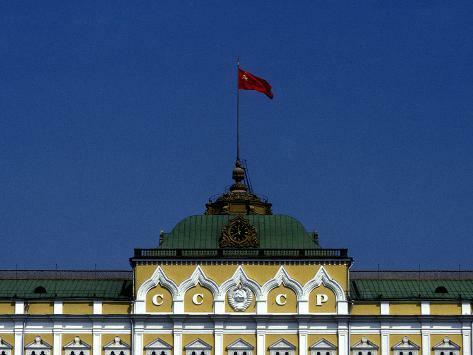 While forming the Soviet Federative Socialist Republic Vladimir Lenin and other government members did consider the inclusion of a sword on the flag. However, it was thought this would make the flag aggressive looking.

As the Soviet Union was the first nation to form a socialist government, and thus design a flag fitting this fact, it was seen as an inspiration for several other countries.

At the time the national flags of Afghanistan, Mongolia, Congo, People's Republic of China, Albania, Angola, North Korea, and Vietnam were inspired by the Soviet flag and borrowed elements from its design.

The Soviet Union may have long gone, but the flag remains in use today, there are still some who look upon it with fondness and nostalgia.

It is used at times in opposition within Russia from the left. Across the globe it is held aloft for communist rallies and still raised during victory, parades commemorating the end of the Second world war. 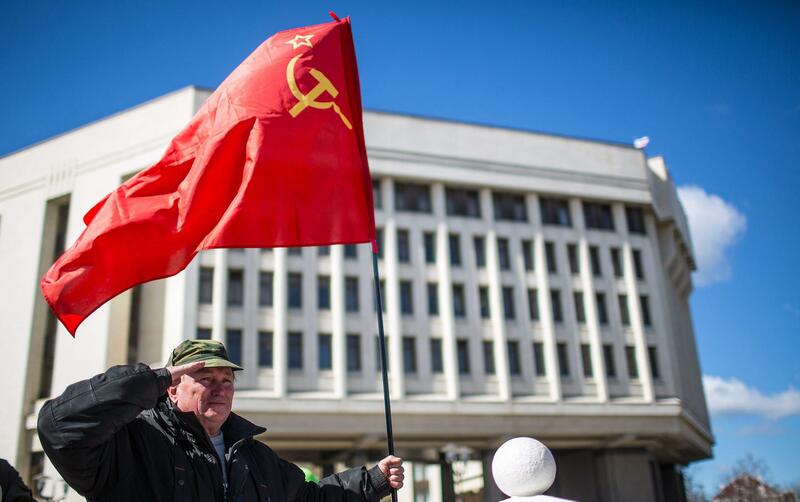