GM Simon Cockerell l made his way back to Beijing just in time for some big changes.

He talks about his (very long) journey from the UK to China.

A Journey Back to China During Covid-19

On Sunday, March 15th I landed back in China after a month away, when I left Beijing on Valentine's day it was in the depth of the virus outbreak, since then of course cases have tailed off and it now seems like one of the more stables places in the world, this crazy world.

Flying back into Beijing though was not as simple as it used to be, there are a lot of procedures in place and the situation is changing rapidly. I will outline here how it was yesterday, and how it has changed since then! 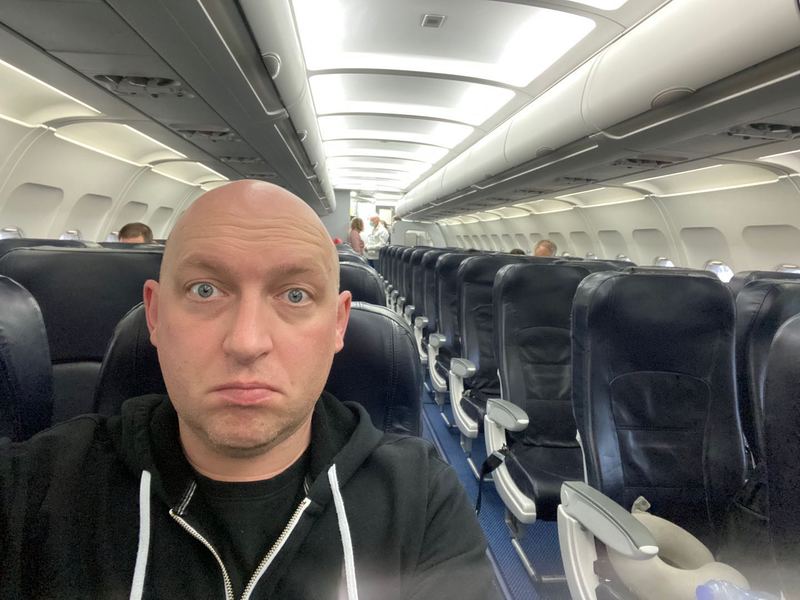 I flew from the UK to Brussels and then to Beijing. Brussels airport was fairly busy although it isn’t an airport I have been to many times before so I don’t have too much part experience there to compare it to, but I saw only around 20% of people wearing masks, rising to about 90% of those in the queue for checking in for the flight I took to Beijing.

There was a temperature check, then a reminder to put on a mask (with those who didn’t have them being given one by the gate staff). The flight was full, the vast majority of people were Chinese people too.

When I flew out of Beijing last month it was required to wear a mask once boarding, then everyone just took them off when in the air, this time everyone (well, everyone I could see) kept their masks on all the time apart from when eating. So I followed suit. 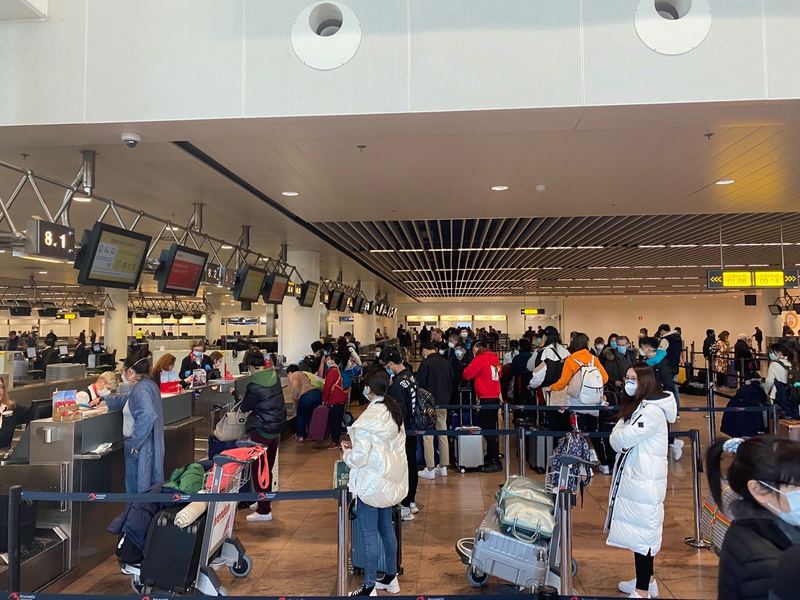 On arrival in Beijing, at 04:30 the plane taxied to the gate and then stopped there. As is common on flights in China everyone leapt up to disembark…and then nothing happened. Eventually, an announcement was made that certain procedures had to be gone through so everyone should sit down, and everyone followed that instruction.

For the next hour, nothing happened, and no further announcements were made, the staff simply said they were waiting for information. They had checked all passenger temperatures again just before arrival so it was my assumption that some kind of comparison was being made between departure and arrival temperatures

Another hour later and certain seat numbers, mostly in clusters, started being called out, and those passengers told to get their stuff and get off the plane.

This went on for a while with 5 or 6 sets of 4 or 5 people being called in total. It wasn’t clear if they were the people that had concerns about them, or the ones with no concerns!

Finally, after 3 hours of waiting at the gate we could disembark; 10 by 10. I got off and walked through a mostly empty Terminal 3 (my flight was supposed to go to T2, but all flights are now routed to T3, even those that are supposed to go to Daxing Airport). After another temperature check, I went to the arrivals area, this has been moved and is now a temporary set-up, no e-channel was there, but also not many people.

Usually, this is a breeze but this time I was asked to write my address clearer, hand in a form stating where I had been recently, etc. It took a bit of time but was no real problem. 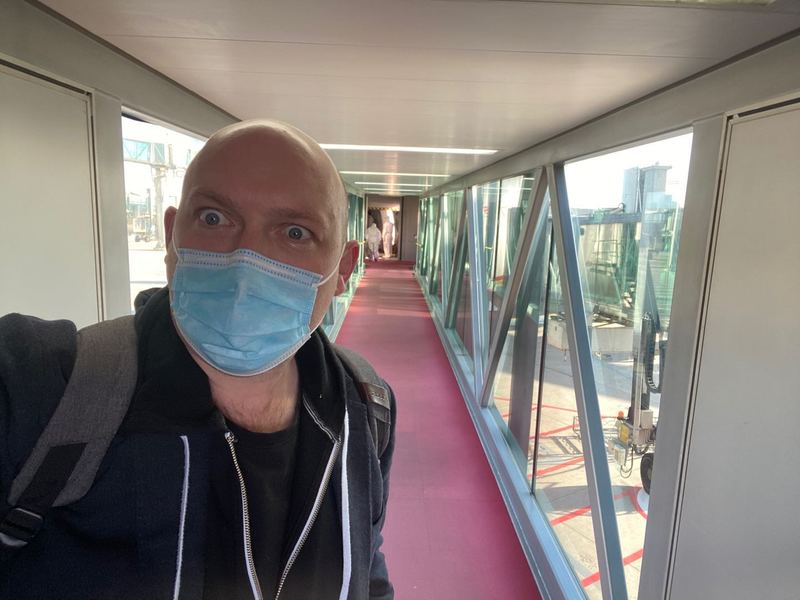 Usually, in Terminal 3 there is a train to take arrivals from the remote terminal 3E to the main T3C, this has been stopped and instead, those arriving are sent to an area where the bags have already been unloaded from the plane.

I collected my case and was then directed to a line of buses outside, told to get on one. Which I did.

Sat on the bus for 30 mins, it wasn’t going anywhere. When I asked what was happening a masked man (sounds ominous, but everyone is masked now at the airport) said they were waiting for 20 people in total to get on. When this was achieved, we set off. Nobody had asked where we were going, so when the bus left the airfield entirely there was some surprise, then discussion, as the journey went on for longer and longer.

After about 30 mins we pulled up at the China International Exhibition Centre, in Shunyi, a part of outer Beijing fairly near to the airport, this was not where I had intended to be at this time of day, but no choice (or explanation!) was being offered.

Everyone got off, we grabbed our luggage and entered the cavernous exhibition centre, now mostly empty apart from dozens of people in full protective gear, like at the airport. Signs directed people to various desks depending on which district of the city or which province of the country they were going to. I made my way to Dongcheng District desk and lined up with just 5 others to be processed here. Once again temperature check, where I have been recently, fill out some forms and so on. It took a while (I was told it was down to there being “so many people” although there were really very few folks around, especially for such a massive area). 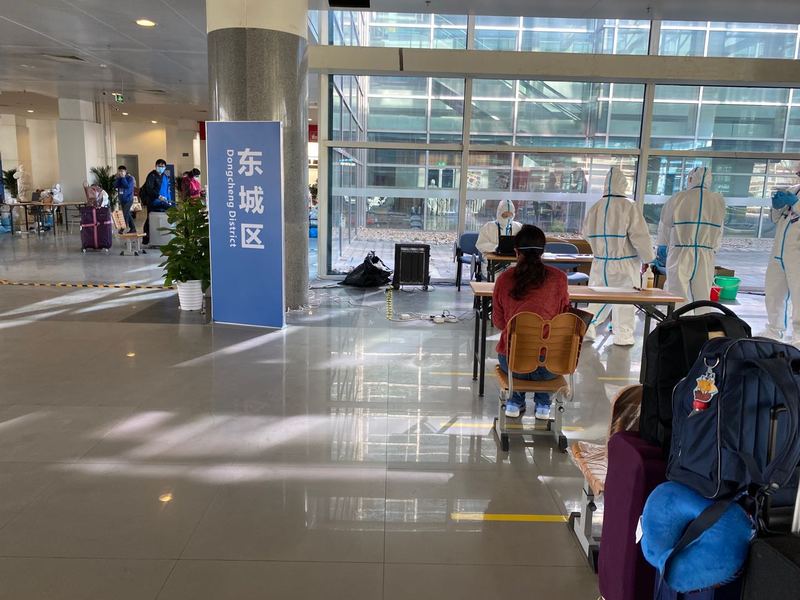 Then the wait began again. I asked if I could take a taxi home, but was told this is not allowed and I should wait for the shuttle bus, when I asked what time it goes I was told it goes when there are a few people, in this case, it was 6 people (later reduced to 5, possibly one person got their Dongcheng and Xicheng districts mixed up?)

By this time it was 10:30, six hours since landing, so it had dragged on a bit. We finally were led on a 20-minute walk all around the building, past a load of slogans encouraging a shared battle against the virus, out into a car park, around the outside of the complex, then right back to opposite the door we came in, we could have just gone 100m in the other direction but I didn’t want to point that out. A bus pulled up, one of many that were waiting there, and off we went. Luckily for me everyone on the bus was going to the same neighbourhood of Dongcheng District so it didn’t take very long, also it was Sunday morning, so I was nearly home! 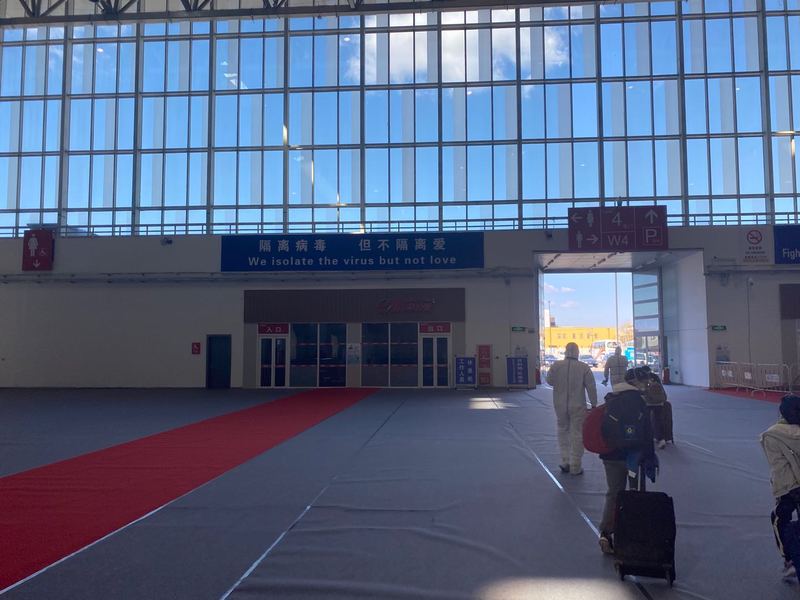 On arrival at the top of my street I was accompanied out of the bus and handed over to the management of my neighbourhood, who had been called to say I was arriving. 3 ladies, 2 men, and one policeman. They were perfectly pleasant and had me fill out some more forms (where have I been recently, my address, etc) and another temperature check, all being filmed by two of them. Then I was asked to read some material about combatting the virus (wash hands, wear a mask, etc) and then told to sign a contract accepting the conditions for a 14 day home quarantine situation. I knew this was what was going to happen, so was fine with this.

They then took a photo of me holding the document I had signed, and told me they would call me everyday for a temperature reading, and that I could order food from a specific place and to call them if I had any issues. Then they all accompanied me home (filming all the time) despite me telling them I knew where I lived. Honestly they were all perfectly nice about it, a credit to the community!

After arriving home and finally, after around 18 hours, being able to take off the mask I was exhausted, but glad to be there. Ready for home quarantine! I got home just before midday, so more than 7 hours after arriving at the airport. 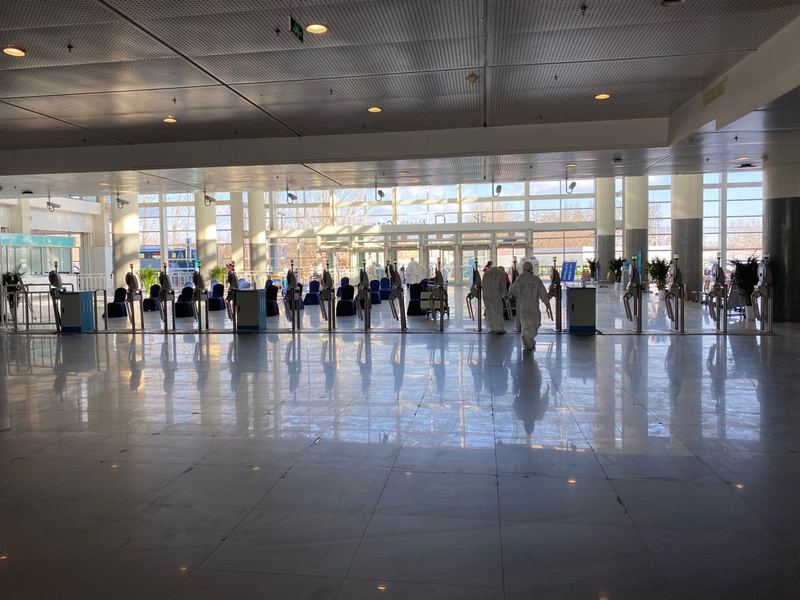 As it turns out I got lucky; at 4 PM on that day an announcement was made that everyone arriving in Beijing from midnight will be ordered to 14 days of official quarantine in a hotel (at their own expense, and no choice of hotel) without any exceptions. So, no more home quarantine, instead lockdown in a basic hotel. This wouldn’t have been high on my list of options so I am feeling blessed that I came in on Sunday and not on Monday, especially that I wasn’t one of the people who would have been in the air at the time that decision was announced and would have heard this news only on arrival in Beijing!

So here I am now in-home quarantine.

Lunchtime on day 1 and everything is fine!