Mongolia is a vast landlocked country. Covering around 1,564,116 square kilometres, it is roughly the same size as Alaska although home to only 3 million people. It is surrounded by two of the world's largest countries.

But could you point this rugged, landlocked country out on a map?

Just where exactly is Mongolia…?

It has tourism, but due to its size, people rarely see very much of this beautiful country. Although it was once the world's largest land empire, few know where Mongolia is, and even fewer could pinpoint Mongolia on a map.

Mongolia is a vast landlocked country in East Asia. 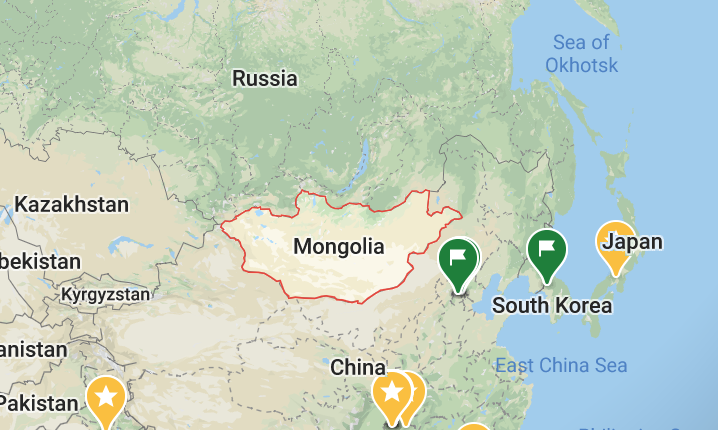 Where is Mongolia in Asia?

Mongolia lies sandwiched between the giants Russia and China.

Mongolia's remote southern border cuts through the Gobi desert into the mountainous Xinjiang region. Mongolia's Northern Russian border is even more remote running from Siberia into the Russian Altai region.

Where is Mongolia in terms of its surrounding countries?

Mongolia shares its undulating border with its closets neighbour Russia.

The vast expanse of China surrounds Mongolia from three sides; South, East, and West. The border length between these once foes is a massive 4,630 kilometres. The China Mongolia border joins with Russian on each side of the country.

Other than these two direct neighbours Mongolia's closet other country is mighty Kazakhstan just 30 Kilometres to the west.

Mongolia is mostly located on a plateau, with an average elevation about 1,580 metres above sea level.

Mongolia's highest mountain is Khüiten Peak which rises to 4,374 Metres above sea level. Found within the Tavan Bogd Altai national park, it is possible to climb although equipment is required.

The lowest point in Mongolia is found 518 metres down at the bottom of Hoh Nuur (lake) in Mongolia's Far Eastern region. 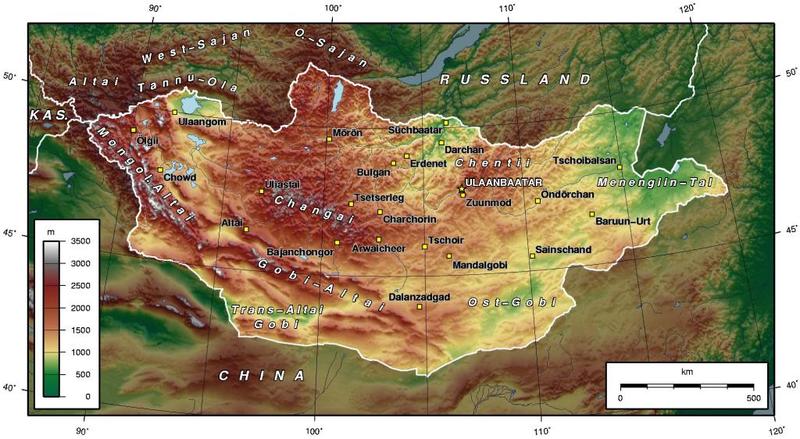 When it comes to where is Mongolia's best tourist spot - it's difficult to pinpoint just one in this vast expanse.

With its stunning natural scenery and untouched landscapes, Mongolia has a so much to offer in terms of tourism.

How much you get to see and where you go primarily depends on how long you have to spend there and your budget.

Most tourist routes will begin in or cover the Capital Ulaanbaatar. Many of the countries visitors will spend one or two days a few miles from the capital before heading south to the Gobi desert.

Mongolia has the world lowest population per square kilometre at 1.9 people the current population of Mongolia is around 3,200,000.

Within Mongolia there exist some of the world's oldest national parks. And a people whose life revolves around outdoor living and nomadic lifestyle.

It is a country with very few boundaries and fences and vast swaths of land accessible for walking.

Because of this, Mongolia is one of the most incredible places in the world for hiking, oft referred to as the outdoor capital of the world.

You could ask for no more!

Flights entering Mongolia are operated by several airlines and now serve many of the worlds major hubs.

This year 2020 sees the potential opening of the new airport in Ulaanbaatar meaning an introduction of further routes.

Apart from flying, there are also land borders you can enter from China and Russia, the most popular using the Trans Mongolian train in either direction.

The major city in Mongolia is the capital Ulaanbaatar.

Within the capital, you can visit monasteries, museums, ageing soviet monument s, or join in on the cities Naadam festival in July.

Where is Mongolia's capital city?

Ulaanbaatar is the capital of Mongolia. It lies in the central area of the country. It's by far the largest city in Mongolia home to around half of the countries population.

Before 1924 Ulaanbaatar was known as Urga, it was a mix of tents and semi-permanent structures. 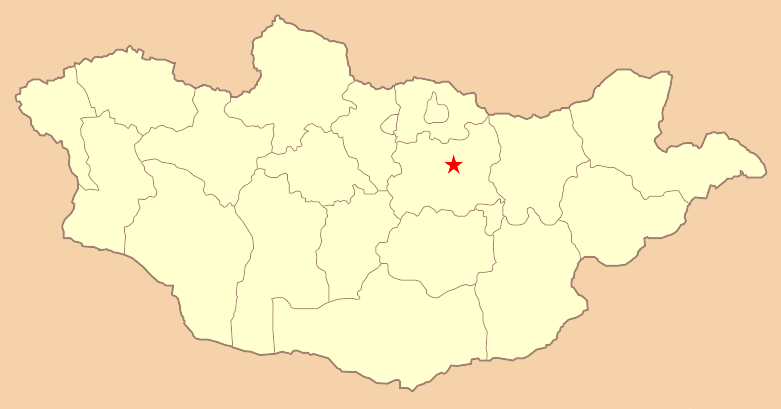 Mongolia is divided into 21 provinces known as aimags, in turn, these are subdivided into 329 districts known as sums. The capital Ulaanbaatar is administrated separately as a capital city (municipality) with a provincial status. 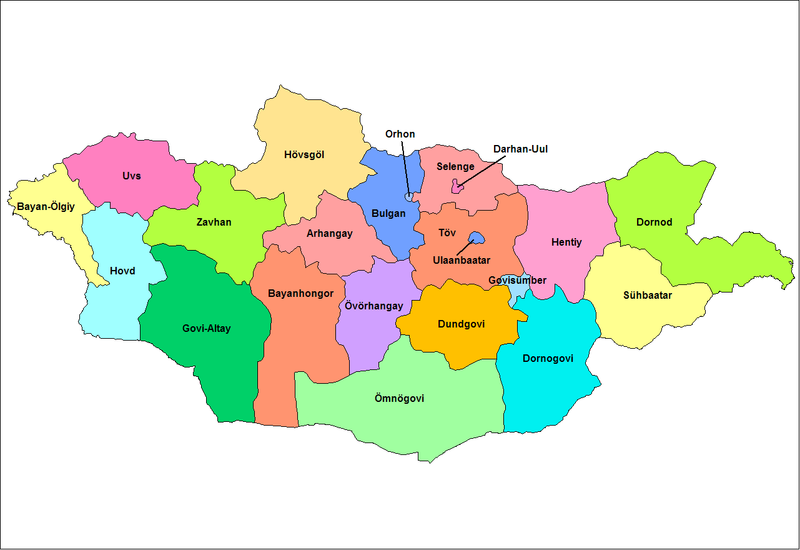 Now you know where Mongolia is and have a little more knowledge on the Mongolian map, as well as the various other Mongolian maps.

Find out more about this beautiful country, learn about its history, people and wildlife or just get away from it all. Why not come and visit yourself!