Astrakhan – Capital of the Caspian, Venice on the Volga – one of the most historically significant cities in European Russia and situated in very fertile territory.

Once the capital of the Golden horde, then, as Mongol rule weakened, Ivan the Terrible swept into the area, conquered, and built up the original Astrakhan Kremlin, the start of the city as a fortress of European civilisation.

The name Astrakhan itself is an interesting one, referring to a King who has taken the Haj to Mecca.

Modern Astrakhan is very diverse, with over 100 ethnic groups calling it their home. The city is relatively wealthy and with a population of over half a million is one of the largest in Southern Russia.

The Volga River, Europe’s longest, meets the Caspian Sea not far from Astrakhan. Making the land here very fertile. The sea and river also provide wealth in the form of various fish, most notably sturgeon, a symbol of the city.

Due to Baku being the other major city situated on the Caspian Sea there are close links between Astrakhan and Azerbaijan – so when walking around the city it is not unusual to find projects sponsored by Azerbaijan in the name of friendship – schools, a bridge, a park and so on. While only a little more than 1% of the population is of the Azeri ethnic group (while 5%, for example, are Kazakh) the links with Baku are more notable than others.

Astrakhan is also known for a particular type of hat; the Astrakhan Hat. Made from the very soft wool of a fetal karakul lamb.

Despite giving its name to these hats they are not accurately associated and Astrakhan is not really the best place to find this headwear. 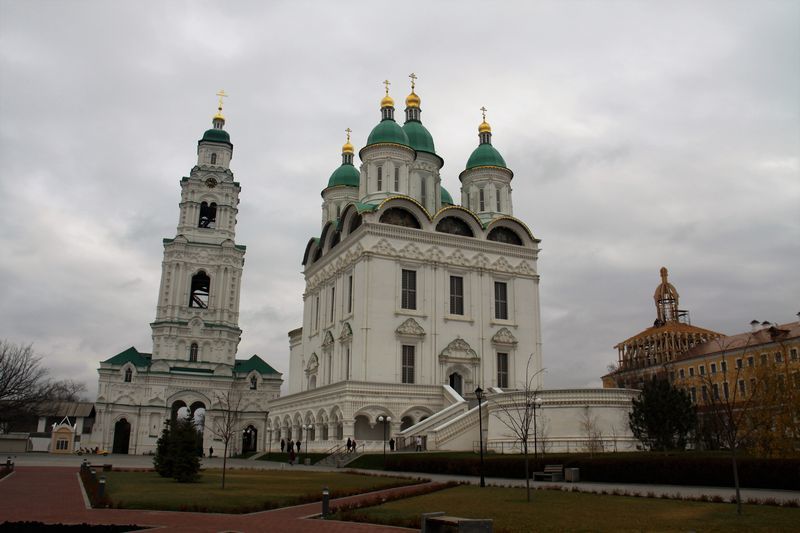 Flights to Major Russian cities as well as to Istanbul and Baku depart/arrive here regularly. There is also a train line with twice daily (at least) departures up to Moscow and into the broader Russian rail system. If travelling to other regional centres such as Volgograd and Elista a marshrutka is the best bet (around 4 hours by road to each of those places) and being on the Volga and the Caspian means there are also options to go out on boats, either as fishing trips or passengers vehicles to other points up-river or around the multi-national sea.

Within Astrakhan itself, there are the usual; public transport options (no metro though) as well as taxis.

But the centre is not too large and walking around is the best option. A proper day or two of exploring would put a good few km under your feet so good shoes are recommended for sure. The must-see site on this list is one of the great Kremlins of Russia.

A kremlin is a citadel from which a city is established and then spreads outwards. Many Russian cities on the frontier have these and this is definitely in the top two or three (see Kazan and Moscow for other amazing Kremlins). Situated on a hill and with the walls accessible, granting amazing views over the city there are a few small museums within the complex, plus the very impressive Cathedral of the Assumption and various other churches, barracks, and so on. Very little is explained in English, so a small guidebook bought at the entrance is a smart idea.

Go here first, get oriented in the city, and explore more from there!

A pleasant walk with plenty of cool places to stop; cafes, quirky statues, picturesque bridges and so on. In some areas, there are estates of attractive but semi-derelict wooden houses which are both pretty and pretty sad in their disrepair. A long walk down the boardwalk is a great way to spend an afternoon.

Look out for Haidar Alliev park with its statue of the former Azerbaijan President – a gift from the government of his son and successor.

We love a good statue and Astrakhan has some impressive ones; Lenin, Peter the Great, a lady walking a dog, a boy shining shoes, a sturgeon, A Cossack, and many more as well!

Tracking down statues is one of the best ways to explore Russian cities on foot, and Astrakhan is blessed in that department for sure. 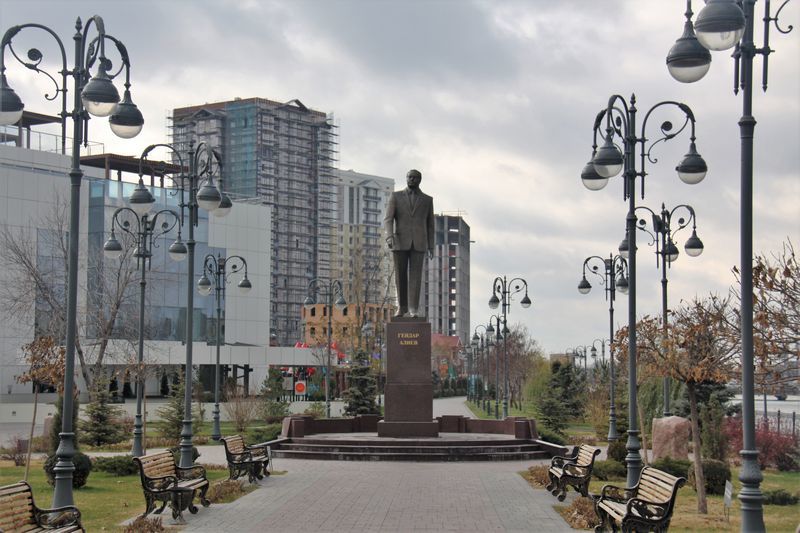 In one of the beautiful Tsarist era buildings in the centre, this is a small exhibit of the efforts to defend Astrakhan from the German invasion.

Thanks to the heroics at Stalingrad the Wehrmacht was never able to make it to Astrakhan but the city was bombed and was very much on the German radar as it formed the southern end of the “A-A Line” which was to run from Archangelsk on the Arctic Ocean to Astrakhan and form the zone of land that the Nazis were aiming to conquer.

So the defence of Astrakhan may have happened mostly outside the city but it still bears marking with this small but interesting museum.

Astrakhan is one of the most ethnically and religiously diverse cities in Russia, as a result, there are churches of various confessions, mosques, temples, all over the place.

All are open to the public (dress codes usually in synch – women cover heads, men wear long trousers, etc) and exploring how unexpectedly diverse such an area is can be a very educational experience. 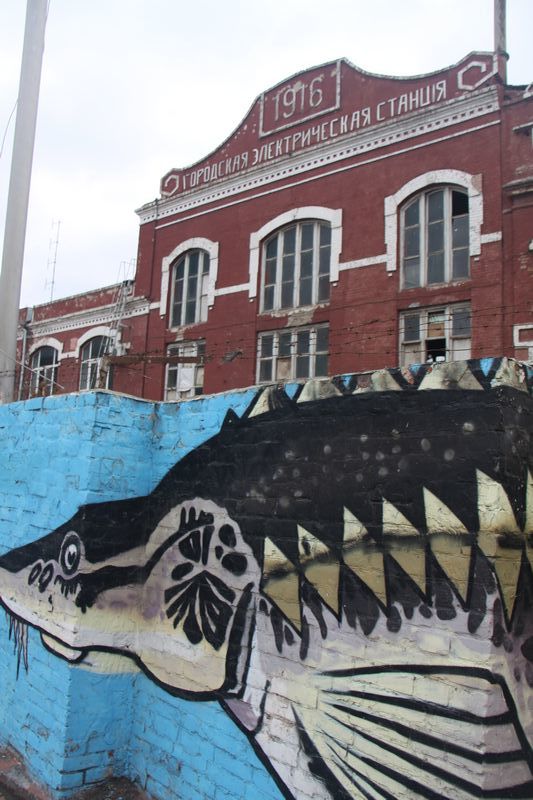