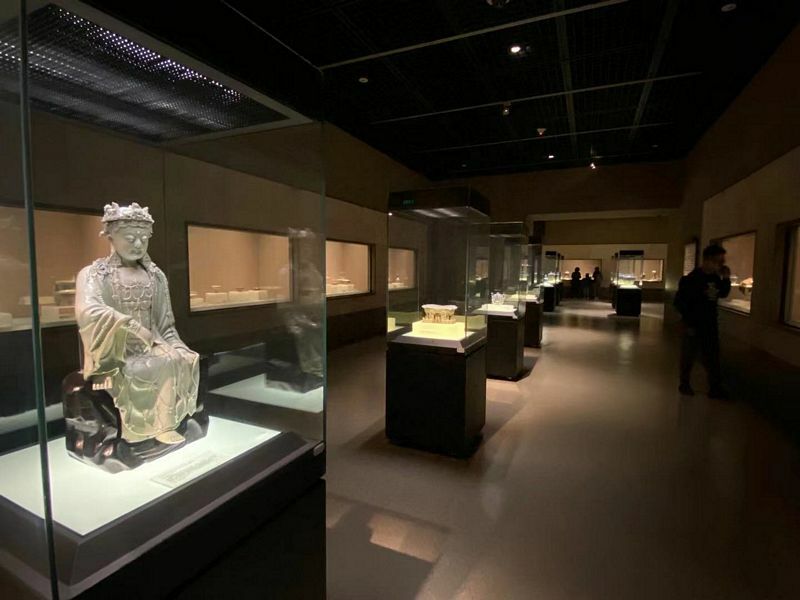 Built in 2006 (although previous versions date back to 1981) this looming six floor building is clearly a prestige project on the part of the city, to educate visitors and locals about the rich history and culture of Beijing and very little expense has been spared in the construction and maintenance of this place. However it remains not particularly well-known in comparison with some of the other larger museums in the city and is yet to become a standard stopping point on tours of the Chinese capital. Is that fair though? Let's find out!

With free entry the value is already pretty good, and the location is easy enough to reach by public transport or by driving too, with a car park as part of the complex. The inside after the security procedures is cavernous, with the atrium reaching to the ceiling and wrapping around the building too, making it clear that the floor space for exhibits is nothing like as massive as it seems from the outside, but is still pretty considerable and so enough time needs to be allocated. An hour would get the fast visitor to every room with nothing looked at or read, two hours is probably enough for anyone with a casual interest, with more time budgeted for history buffs especially.

The main attractions on entry are the traditional Chinese gateway set up across the atrium at the back, and the huge leaning cylinder that starts in the lobby and protrudes through the exterior of the building itself. This is a cinema on the lower levels (with the 12 minute film “Glorious Beijing” only being shown at 09:30 and 10:30 on the day I visited (in the afternoon, so I missed it) and small exhibits on the upper floors, which were closed.

Still there are plenty more floors though, with some permanent and temporary exhibits. The temporary halls in the basement and first floor were both unused so the first stop was the second floor exhibition of the history of the city, ‘Ancient Capital’ which was very impressive indeed.

Laid out chronologically from the “Dawn of Civilisation” and the founding of the city in Xin, Shang, and Zhou Dynasties over four thousand years ago there are relics from each era on display; potteries, statues, carvings, and so on, and a strip along the opposite wall listing key events and personages from foreign history to give some comparisons too for anyone more familiar with non-Chinese history to orient themselves.

Explanations where are mostly bilingual in Chinese and English but the rooms with panoramas of key places and events such as the point where the Grand Canal meets Beijing, or the Mongol Invasion of the city are left in Chinese alone. 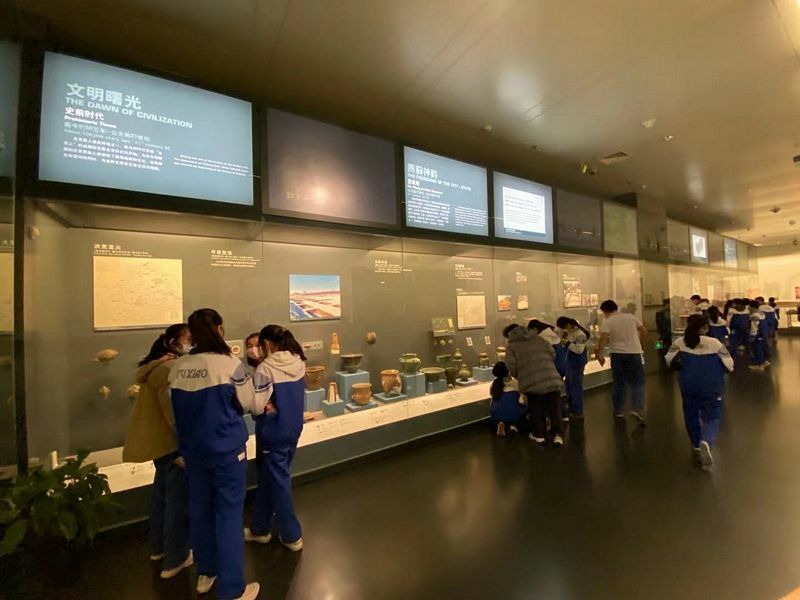 This exhibit is actually good enough to stand as a museum on its own. The only let downs would be the lack of much explanation at certain points (much is made of the May 4th Movement but much is also assumed of the visitor too, the schoolchildren there when I visited seemed to not know much about it at all, unsurprisingly), and the fact that the history of the city seemed to grind to a halt in 1949 with the declaration of the founding of the People’s Republic of China. What about all the stuff that has happened in Beijing since? Plenty of events (even setting aside those that you wouldn’t expect to find in a Chinese museum, wink wink) have gone on here, what about the Olympics? Maybe this is in a to-be-established museum of Beijing modern history?

To the third floor and the most popular exhibit on my visit was a huge display (a temporary one) celebrating the 100th anniversary of the Chinese Communist Party. Most of my fellow visitors were in groups from Party cells and so on, with the flag pin badge on their chests, some even made pledges of loyalty in part of this exhibit. I wasn’t invited to join in.
Disappointingly none of this part is in English. This is a let down as translation is easy enough (well, a lot of places seem to manage it!), and communist is supposed to have an international element, so for anyone happy to just look at some maps and pictures of various left-wing luminaries at various stages of the Revolution this is just fine. This is a very interesting exhibit and I hope it stays put, with some more detail for the non-Party and non-Chinese visitors too. 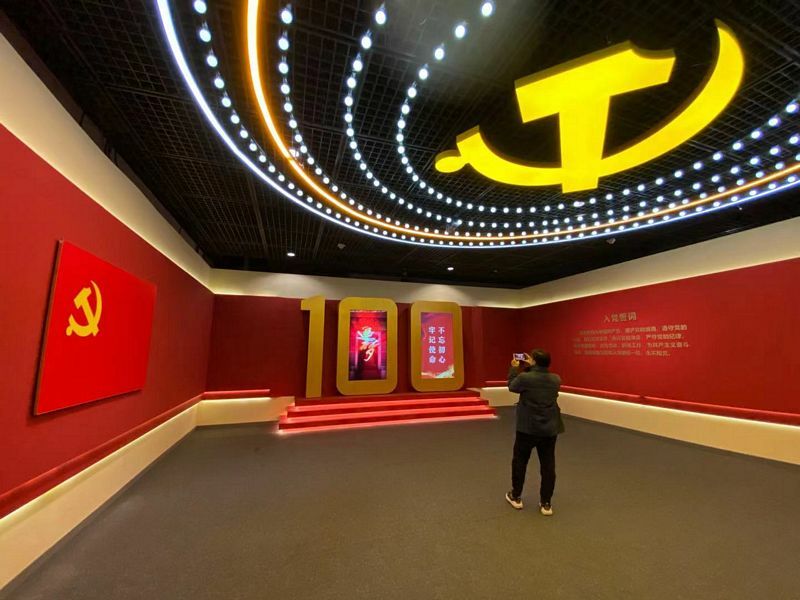 Each floor has a gift shop, associated with the exhibit it is next to. And the one on this floor has the most interesting stuff. If you’ve ever wanted a tote bag with the Communist Manifesto in Chinese on it then this is the place to be. Various commie tat was on sale and seemed pretty popular too. The other shops focus on ceramics, souvenirs of old Beijing (models in traditional clothes, that kind of thing), and history books, and in the basement a rather decent souvenir shop with all manner of Chinese style stuff as well as a not bad bookshop can be found.

On the fourth floor two exhibits were open, mercifully (I’m not a fan really) the Beijing Opera hall was closed, but the exhibits of pottery through the dynasties as well as Buddhist statuary were really well done. Excellently lit, displayed clearly and with some English explanations (shorter than the Chinese ones though) too, these were atmospheric and impressive. Again worth the visit alone. 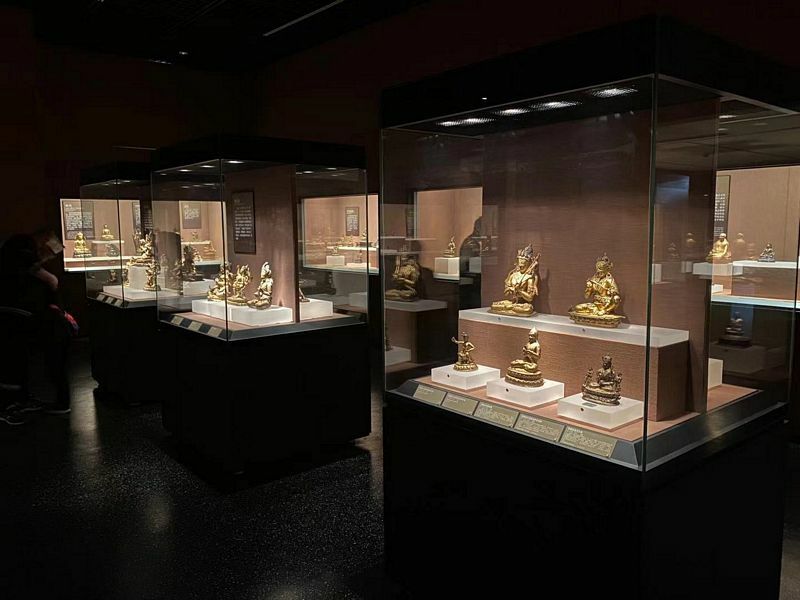 Up on the fifth floor, which is hard to find as the main escalator stops on floor four, there is a display called ‘Stories of the Capital: Old Beijing’s Folk Customs’ which was not bad. Rooms dedicated to the ephemera of marriage ceremonies, to family events, to the Beijing Hutongs (alleyways of the old city), and so on were impressive enough and worth the search to get to as well!

Down in the basement there was one last temporary exhibit, called ‘Great Spirit of a Master of Beijing Opera’ an exhibition marking the 120th anniversary of the birth of Ma Lianliang. This was nicely laid out and while the music itself is an acquired taste the costumes and videos were very well displayed. Also the background noise for me was drowned out by an elderly couple having a near deafening WeChat conversation with a child, while one of the museum’s army of staff holding a ‘keep quiet’ sign stood impotently nearby. Interesting fact about Ma Lianliang that I learned afterwards: he was called a “poisonous weed” by Mao Zedong, then beaten up by Red Guards, and died of his injuries. This isn’t mentioned in the exhibit though. 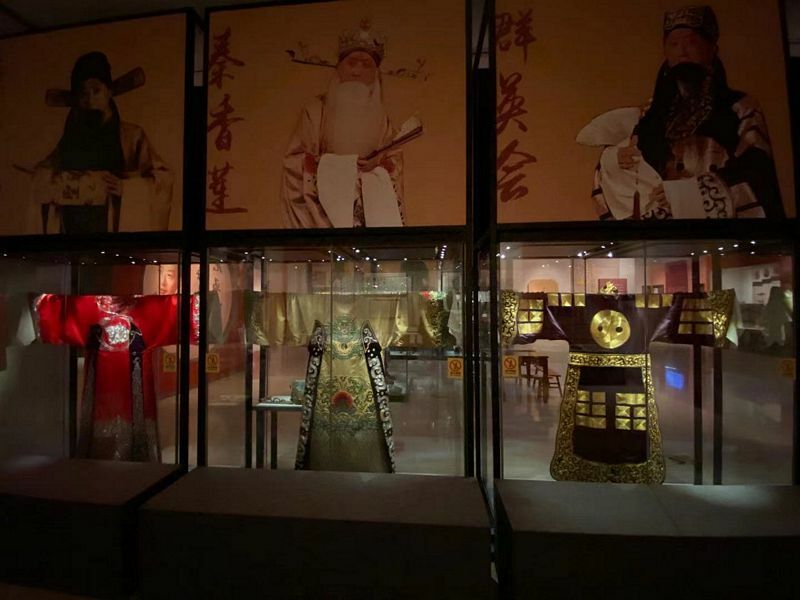 The Capital Museum is a mixed bag, but at least it is a mixture of really interesting parts, and slightly less interesting rather than the genuinely bad, so not one part of is a waste of time and spending half a day here could easily be done. The best recommendation would be that if you are a foreign visitor with a real interest in this stuff then take a translator with you for the full experience.

This may not make it into anyone’s top ten of Beijing Museums, or be on the must-visit list, but it is a strong recommendation anyway, with a caveat being that it may all depend on what temporary exhibits are open, and what is on display at the time of your visit. Check the Capital Museum website for details in advance.