Russia and the former Soviet Union may well be synonymous with vodka.

However, since czarist times, Russia has had a taste for this amber French tipple.

Hennessy sold its first bottle of Cognac in Russia way back in 1825, while Rémy Martin first started exporting in the 1890s.

We know its not Cognac, but someone hasn't informed the locals, this Tajiki alternative follows the same process as the famous French beverage by distilling grape made alcohol twice before ageing it over several years in oak barrels. 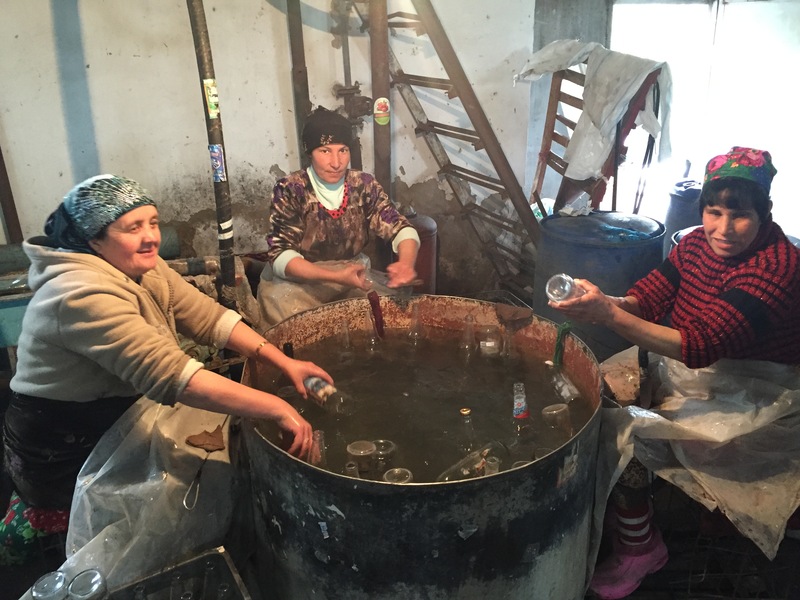 The factories name Loik Sherali is a more recent addition given to honour the literary giant who was born nearby.

Loik Sherali was born in the village Mazar-e Sharif and went on to become a famed Tajik poet and Iranologist only passing away in 2000.

Built-in 1968, the Cognac factory near Panjikent was to aid in keeping the growing Union in one of their preferred tipples, Cognac.

The Zarafshan valley in which the factory resides is said to be great grape growing territory, although not the most obvious of locations due to the religious beliefs of the locals.

This river Valley is a vast fertile, well-drained area enjoying beautiful weather late into the year.

During its heyday, the factory produced 15,000 Liters of alcohol per year, exporting it to all 15 states within the Soviet Union. Along with Cognac, the factory also produced Cabernet Sauvignon, Port, and sweet wines, which were all exported, helping keep the Union well lubricated.

At the collapse of the Soviet Union, they kept distilling even with all the uncertainty swirling around the region. What's even more impressive is that during Tajikistan's ugly civil war, the factory kept producing their Brandy.

These days it's a slightly sadder affair.

The factory is still operational, though on a much smaller scale.

For starters, the region has turned over a majority of its vineyards to more critical staple crops. The export market for Tajik Cognac has also gone. The factory now produces around 200- 400 litters per year; this is solely for consumption within Tajikistan with the odd bottle being taken home as a  souvenir. The factory has also switched over to producing a vodka now named after the nearby seven lakes.

Sections of the factory have fallen into disrepair with many of the giant vats remaining empty. The heavy trucks once used to haul the produce in out of the yard now lie rusting some still filled with bottles. For those interested in the Soviet Union, semi-abandoned factories, or the various processes of making alcohol, then this is a great stop.

If cold calling, one will find the reception doubling as a small shop able to offer the various bottles available at that time, they cost from around five to ten dollars. The staff speak no English, so a guide is advisable to get the most from your visit.  If your lucky enough and have the time, you may be able to enter the factory for a guided tour; it is worth the time just to listen to the manager reminisce.

Unfortunately, the author of this article is no Cognac connaisseur, but has this to say:

After tasting from two bottles of Cognac, one was ok, the other a bit rough. The Port, however, was quite tasty and reminded me of my grandmother's favourite. Avoid the wine unless your after something that tastes like cough syrup.

By the time I got to the vodka, my taste buds were shot, and I thought it tasted ok, but don't trust me.