Yoshkar-Ola is very much off the beaten track when it comes to visiting cities in Russia, although there is not a vast amount to do in the city itself it is still worth a side-trip is one finds oneself in somewhere like Kazan, or crossing the country on the Trans-Siberian (which Y-O is not on, but is somewhat nearby.

Yoshkar-Ola is a city of around 250,000 people and is the capital of the Mari-El Republic. Mari are native people who came under Russian control in the 16th Century, their language and culture survive and they are most notable for being the only remaining official followers of Paganism in Russia. While Yoshkar-Ola itself is very much russified you would need to go out into the more remote parts of the republic to see most pagan rites being actually practised.

Yoshkar-Ola does provide a walkable city centre which suits those who would like to spend a day or two wandering around, there are plenty of restaurants and cafes (where local Mari specialities can be bought), parks, and a great selection of statues to wander between while checking the place out! 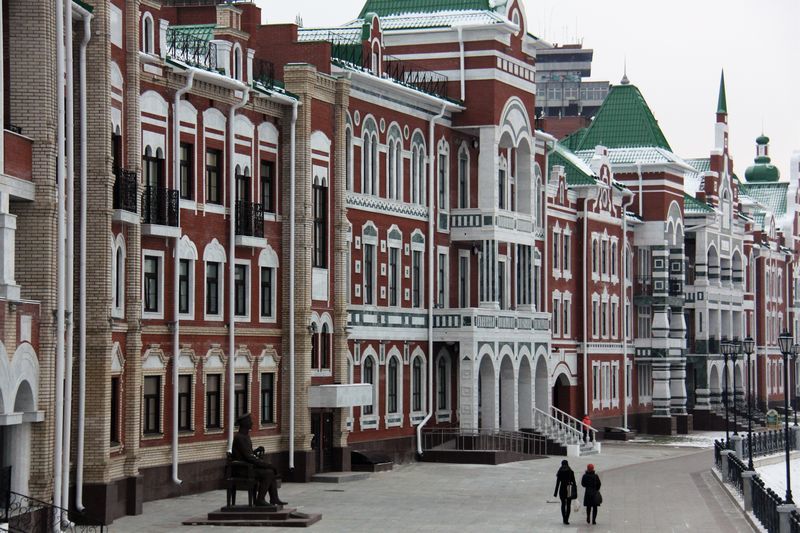 There is a small airport just outside of the city, almost no flights go here though so most will arrive by road from Kazan, a few hours by marshrutka through the scenic forests.

Public transport is cheap and easy to use in Yoshkar-Ola itself, but most energetic visitors may not need to use this as you can walk around the centre in a few hours. 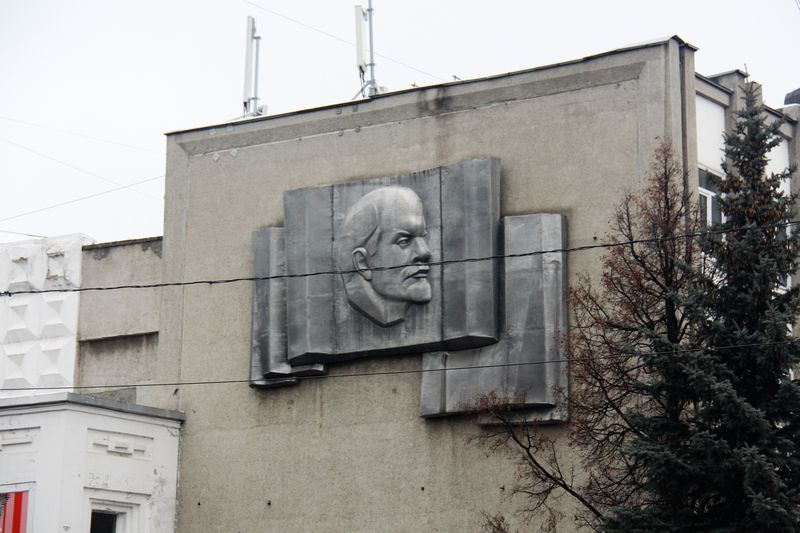 Unmissably weird, this attractive and unexpected long row of buildings on the east side of the Malaya Kokshaga River does look like a Disneyland version of the Belgian City it is modelled and named after, it’s not really clear why this would be built but it does looks fun and makes for great photos during the day and especially in the evening when lit up attractively.  A footbridge leads across the river from the city centre on the west bank and families, kids, all kinds of locals spend time wandering around this pleasant area whatever the weather! There are some appropriately quirky extras on the Brugge Embankment too – a Cheese Museum, a Statue of Grace Kelly and Prince Rainier on Honeymoon (they didn’t visit Yoshkar-Ola on Honeymoon, in case anyone was wondering). A genuinely head-scratching place!

Cathedral of the Annunciation of the Blessed Virgin Mary

Opposite the Brugge Embankment is something much more obviously Russian, this pretty and ornate orthodox cathedral.

Golden onion domes, red brickwork, a vert well-done building indeed and the religious centre of the non-Pagan population (which is most of Yoshkar-Ola these days). 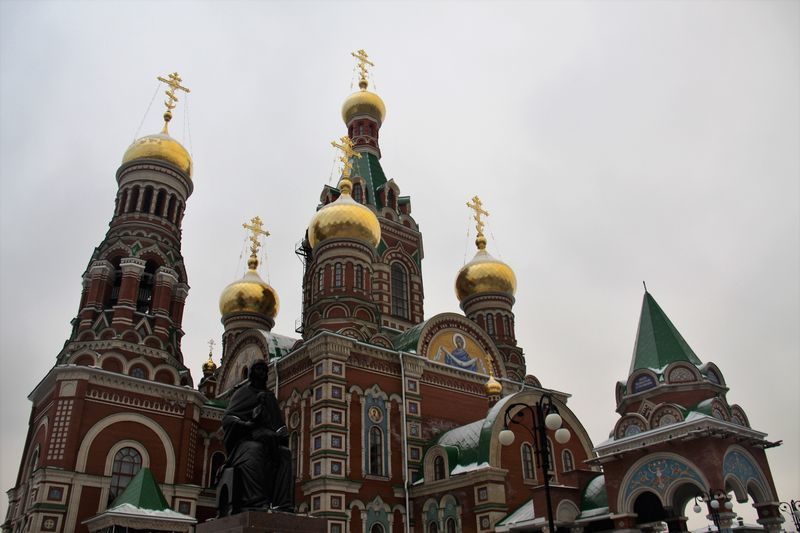 Yoshkar-Ola has some small centrally located parks, good for sitting around and watching life go by (always worth doing when in Russia).

The best is the Central Park of Culture, with a Great Patriotic War Memorial as well as a small funfair.

Even by the high standards of Russian cities, there is a strange collection of statues to make your way around when in Yoshkar-Ola. Lenin of course, then the other equally-omnipresent Russian; Pushkin, this time paired with his greatest literary creation – Eugene Onegin.

Look out for the afore-mentioned Princess Grace and Prince Rainier Statue, also a good one of the “Yoshkar Cot” a famed local cat. Religious statues of notable archbishops and saints abound as well as a few Russian monarchs such as Empress Elizabeth riding a galloping horse.

A fun statue of Mari poet Yivan Kyryla is one not to miss, and there is even a statue of Rembrandt (why not!) – this is even just a fraction of the oddities to be found on the streets of Yoshkar-Ola. We have found that wandering around collecting statues is the best way to tour the centre of many Russian cities if this thesis needs proving then Yoshkar-Ola is very much the place to do this! 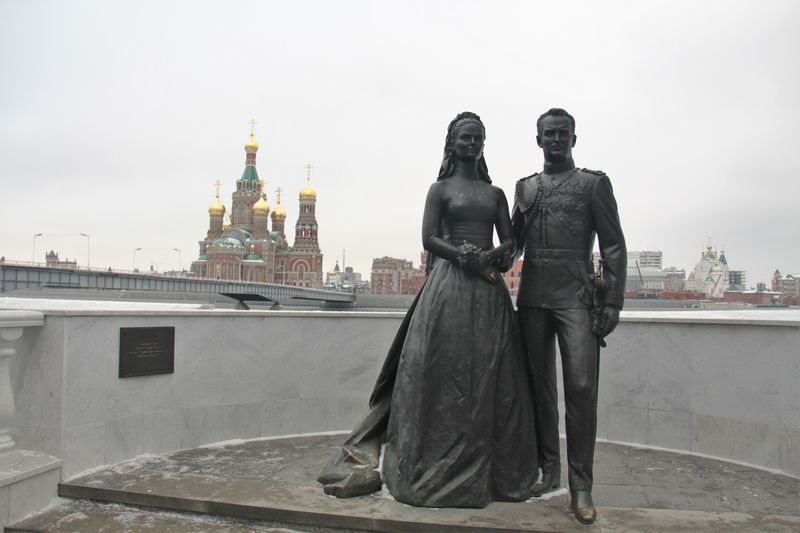