In 2002 Koryo Tours associate-produced the documentary ‘The Game of Their Lives’ (Director Daniel Gordon), telling the story of the 1966 North Korean World Cup team. In 1966 the team had arrived in Middlesbrough, UK as 1000:1 outsiders and with the support of the locals, they recorded a famous victory against the mighty Italy, regarded as the greatest shock in World Cup history.

In 2003 together with Chargé d'affaires Jim Hoare at the British Embassy in Pyongyang, we received permission for the players of that legendary team to return to the UK and visit the town of Middlesbrough, where they were welcomed back to a standing ovation at Middlesbrough Football Club - the DPRK flag was even flown from the town hall (something nobody expected to happen!) 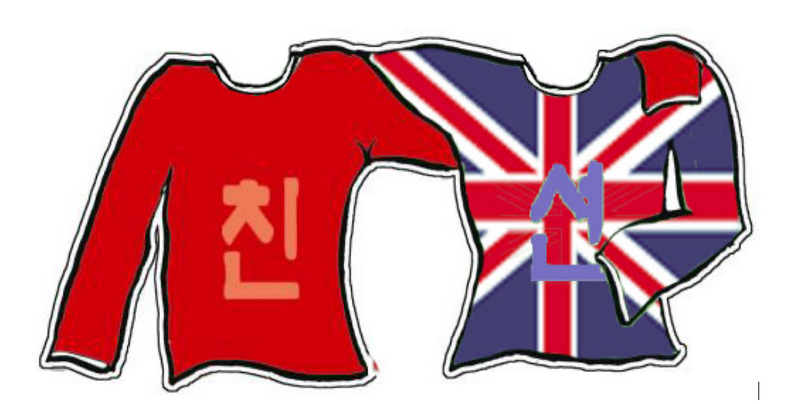 In 2010, to mark the tenth anniversary of the establishment of the British Embassy in Pyongyang, UK Ambassador Peter Hughes and Koryo Tours arranged for Middlesbrough FC Ladies team to play a couple of friendly matches in Pyongyang– the first time that a British football team had ever visited North Korea.

The DPRK Ministry of Foreign Affairs was clearly hoping that their teams would win both matches and that all could be conducted in a very civil manner, particularly as the final match broadcast that evening on national television.

The first part of this was certainly true. In the first match (against April 25th FC), Middlesbrough lost 6-2, despite going 1-0 up early on, a moment when those of us in attendance at the April 25th Stadium thought might lead to a bit of an upset (the DPRK teams generally playing at a higher level than the visitors).

The second match was an easier affair for the hosts (Kalmaegi FC); a 5-0 victory to the home side. Both of these historic matches were played in front of a 7,000 strong crowd of mainly students.

“They taught us a thing or two”, said Middlesbrough player Rachel Hines.

The second part was not something the Korean authorities had wished for or planned.

The Middlesbrough ladies were treated to rapturous applause at the end of both matches but instead of walking off the pitch as instructed, on both occasions, Koryo Tours staff took the team on a lap of honour around the stadium, shaking hands with the students and posing for photographs on mobile phones which they shared with other friends and family.

The atmosphere was incredible, one of those moments where you know all the effort was worth it.

The officials got their footballing victory but we got the engagement we were after between visiting sportspeople and those who attended the match, as well as those who watched on national TV too! 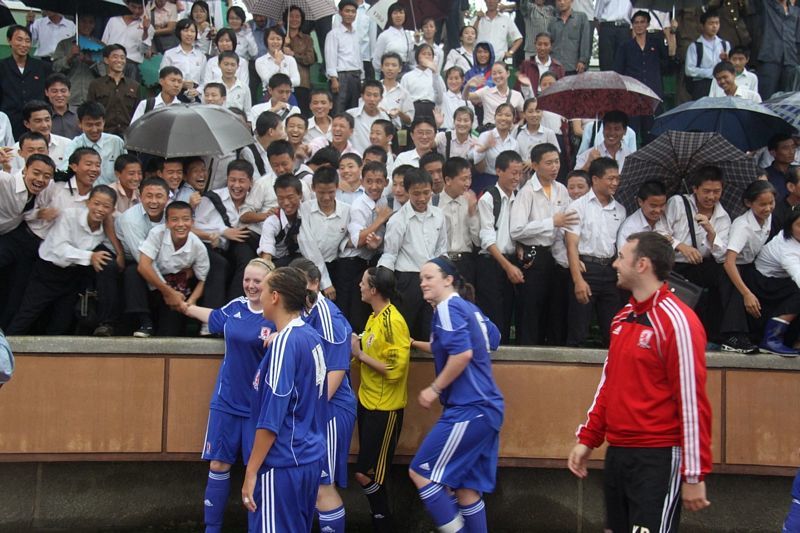 “After the match, we ran around the stadium meeting the fans, the British Ambassador said that in half an hour we had spoken to and shaken hands with more Koreans than he had in two years!” - Marrie Wieczorek (Middlesbrough Manager)

After the second match, we were congratulated by the Korean officials present, they were pleased with the result and that it had happened at all.

They had all worked hard to get permission, to find local teams to play against, and proud that the games had been shown on the main TV channel as well (extra prestige for them!).

One minor-official did make a bit of a fool of himself by asking telling us “this was great, by why didn’t you bring someone like Manchester United instead?”, to which there is no polite reply possible! Over the years, Koryo Tours has facilitated a number of sports exchanges between foreign and North Korean teams, the norm being that the visiting team imparts new skills to the locals and this case was no different.

The team spent an afternoon with young kids teaching them various skills and in turn being highly impressed by the desiccation the Korean kids showed to their football. One of the notable things about domestic football in the DPRK is that there is not much variation in techniques and tactics between any of the teams.

When one attends a local match (as we do regularly) generally both teams will simply play the same tactics, year-in and year-out.

So bringing a foreign team over to show how they do things a bit differently may not lead to a footballing revolution in the country, but at least it exposes some footballers there to the fact of variation in tactics and technique, something that may help them down the line if they play against elite foreign opposition later in their career. 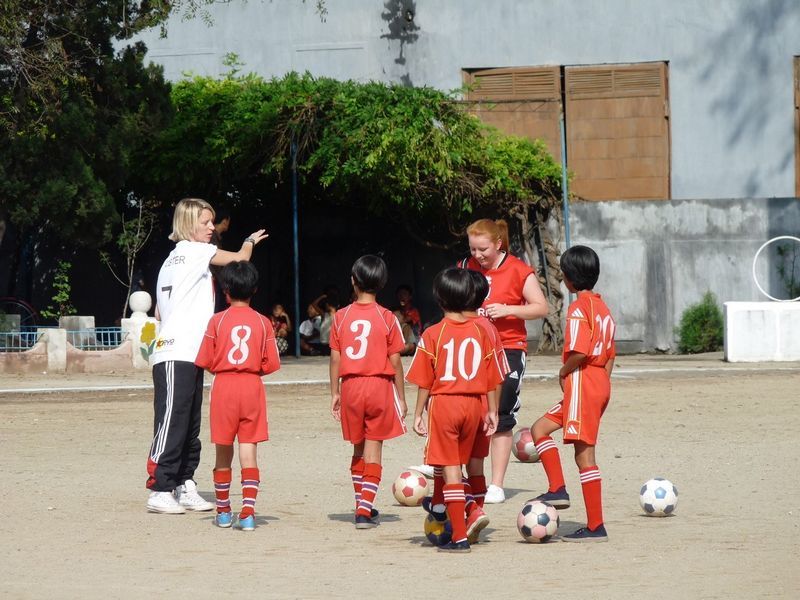 The trip ended with a boat cruise on the Taedong River, attended by the Middlesbrough team, members of the 1966 World Cup team, as well as the DPRK opposition in the two matches.

There were continual requests for photographs and the interaction between the visitors and the 1966 legends showed that the unusual and unique relationship between the industrial English town of Middlesbrough and the North Korean capital Pyongyang was once again reinforced.

Sadly, the plans we had to mark the 20th anniversary of the British Embassy in Pyongyang will have to wait, the virus has stopped all….

BUT…if you are interested in bringing a team (of any sport) over to the DPRK, or in any cultural-exchange activity when the virus situation calms down, do let us know!