Location: 1 Zhoukou Street, Fangshan District. This address is not very helpful though, but anyone who knows this area will know the Peking Man Site and there are signs all around the area too. The nearest subway station is Fangshan Chengguan, but that is still several km away so a taxi or bus from that station would also be needed.

Cost: 30 RMB for the museum, and another 30RMB for the Peking Man cave area (Passport or ID card required on entry) 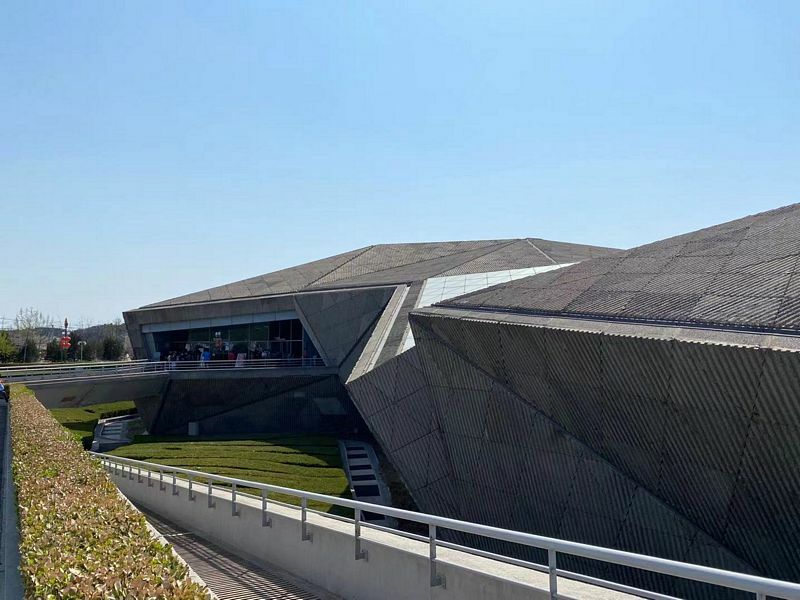 Zhoukoudian is in a suburb of Beijing, to the west of the city proper. Located in what is now known as the Fangshan Global Geopark (a review of the museum dedicated to the whole area can be found here), this was once a remote spot in the mountains which became globally known for the wealth of ancient human ancestor bones and relics that were found here. Most notably the famous ‘Peking Man’.

The Zhoukoudian Museum itself is an attractive building with a rugged stone/concrete exterior, evoking the caves in which the subjects of the museum lived for hundreds of thousands of years, and which are just a short walk away (more on those below). The Museum itself inside is pretty educational about the ascent of man through its various forms (the key ones here being homo erectus and early homo sapiens – relics of each of which have been found here) as well as examples of the bones of the various fauna of the area also found, from tiny bird bones up to partial skeletons of larger animals such as hyenas, antelopes, and the fearsome and extinct cave bear.

The translations of the Chinese explanations in English here are very well done and the complex science is also put across in understandable ways for the most part, so the layman will find much to learn here. Anyone expecting actual full skeletons though will be disappointed as what was actually found here in the excavations of the early 20th century were mostly skullcaps and a few other bones, enough for scientists to build an image of our distant ancestors, but not quite what some may imagine, so be prepared for some exhibits to be mostly based on extrapolation rather than a collection of homo erectus skeletons that are actually intact. 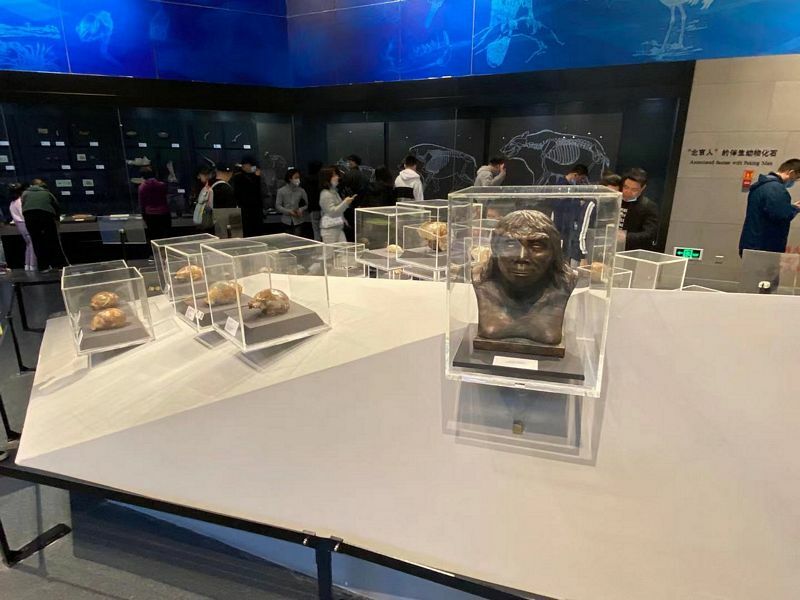 In fact one of the most interesting and sad parts of this museum is the area that details the ongoing efforts to find a way to recover most of the specimens from this site that were loaded onto a ship for the US for safekeeping during the turbulent era of the Japanese invasion and then disappeared. So sunk at sea, stolen by the Japanese, or kept by some unscrupulous types across the Pacific? It is not known and not really speculated on. A great loss to the pool of human knowledge and a sincere pity that after hundreds of thousands of years of rest these relics can suddenly disappear only decades after being excavated.

The actual cave site in which most Peking Man relics were found is about ten minutes walk away though, and requires a completely different ticket, so you end up paying twice. Going to the museum first and then the caves is definitely the way to do it but if you had to choose one then the cave area offers a nicer walk and better scenery, but some context will be missing for sure. These really should be included together - museum admins please take note!

The main cave is covered with a quite well-done shield, put up in the 2010s, this does a good job of protecting the cave below which visitors can walk through and see some projections on the walls to give an idea of how excavations here were made. Some idea though, not really a full explanation – which is a missed opportunity I feel as some technological way could be found to show visitors how this is done painstakingly step by step. I would find that interesting at least! 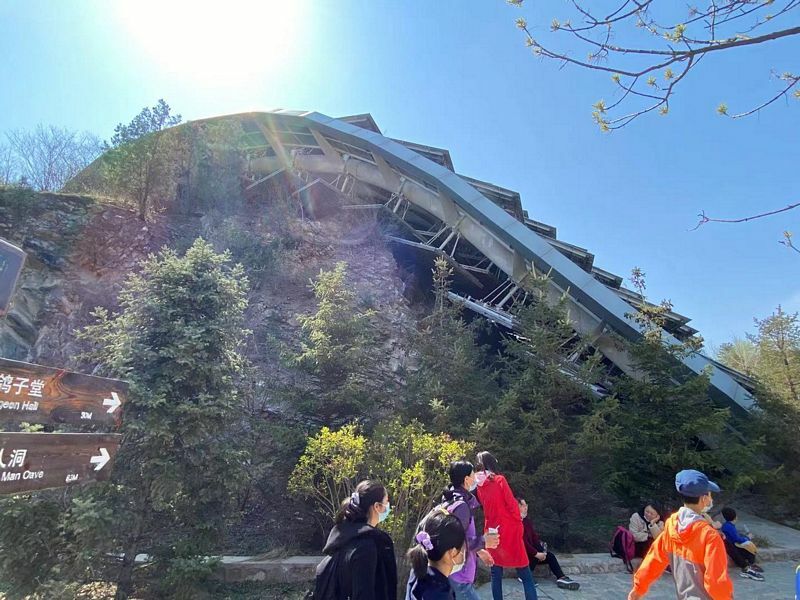 The whole hillside is part of this ‘Peking Man Site’ with various minor excavation sites along a path too. Most of these locations though are less impressive than the main cave, with exposed rock strata and cave remnants enough to thrill archaeologists, but not so much to look at for the average visitor. Still it’s a good work out following the paths around this area, just remember that there are no places to buy water or food on this hill at all, so be prepared!

There is a small popular science exhibit to show some fundamentals to kids, which looks fun, also there are gift shops both in the museum and the cave site. With a few of the usual thing (magnets, mugs, books, plus some utter irrelevances (plastic dinosaurs?) to consider buying.

Zhoukoudian may not be the simplest place for the average Beijing visitor to get to, it is far from the city, the subway runs out a few km from here, and a bus ride takes quite some time, but it is justly famous for some very important discoveries that give us clues to our shared distant past, and is well worth the time for anyone with an interest in this subject or anyone looking to get out of the city and explore the beautiful Fangshan area. In terms of time needed to experience what Zhoukoudian has to offer this really depends on what parts you visit, but three hours would not be too much to see the museum and explore the nearby cave area as well, a day trip from the city centre should be planned for the whole thing at minimum.