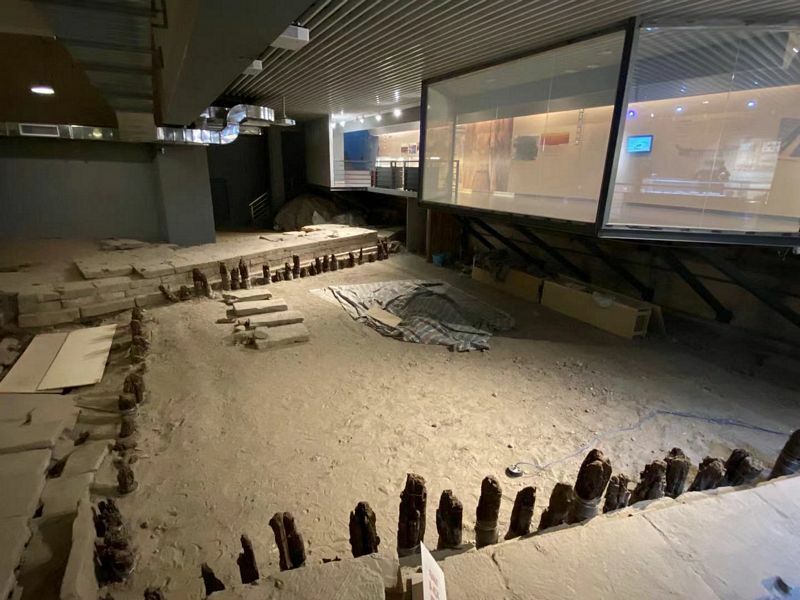 The history of Beijing is long and complex, far longer and more complex than this humble blog is able to do justice too; many of the more ancient sites in the capital though are no longer with us due to the ravages of time and war, the change of rulers and dynasties, and the relentless march of development and construction.

One notable piece of missing history is the city wall, there is a remnant behind Beijing Railway Station of the Ming & Qing Dynasty City Wall which is nice for a walk, plus the Ancient Observatory is located on a surviving tower of that wall (as is the Deshengmen Gate; home of the Ancient Coin Museum, and the Museum of City Defence), but this wall is now mostly a memory and has been replaced by the more practical and less sexy Second Ring Road. However, before this wall there was another (several others actually, we’re looking at one in particular though); the walls built by the Liao Dynasty (who existed from the early 10th century until 1125), and the Jin Dynasty (who overthrew the Liao and lasted just until 1234 when they were overthrown in turn by the Mongol invasion. 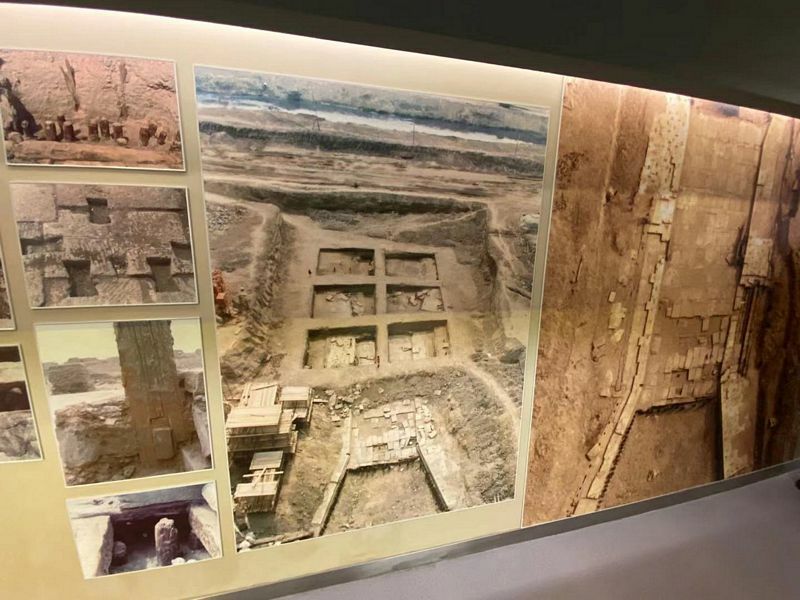 The dynastic history of China is exceptionally complex, as the country as we know it today was not simply one united unit with a neat succession; instead various dynasties overlapped and co-existed, shared names (there has been more than one Jin state after all, plus one in Korea with the same name!), and a dizzying array of emperors, regents, leaders, and so on. It all gets very confusing and the entrance hall information boards and video display in the Liao and Jin City Wall attempt to make it clear, but even to local people this is all very dense and alienating. So be prepared to do some homework first, or research after a visit here!

The Liao and Jin Wall surrounded an area that is now part of the south west of central Beijing. The wall itself is long gone of course, for a great many years, but in 1990 while digging foundations for a workers dormitory a construction crew uncovered the water gate at the southern part of the old Liao and Jin Wall. This site was protected and is now the museum we are featuring in this entry.

The museum itself is made up of the above ground hall which features the explanation area, then a moodily lit series of rooms forming a gallery of Liao and Jin-era treasures unearthed across Beijing over the years. All explanations are bilingual, which is handy, although they do lack some context and detail, being limited to mostly the name of the item and the era it originates in. 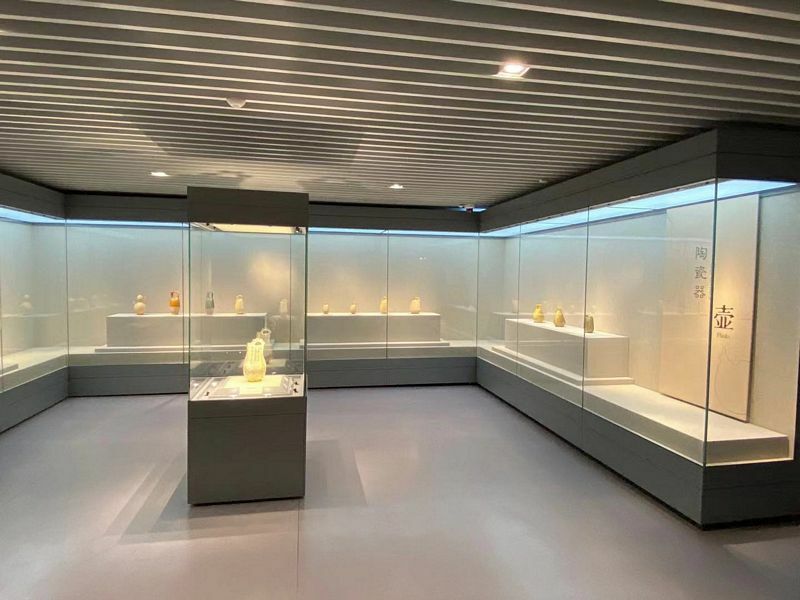 At 2PM every day there is a guided tour of this museum. I was lucky enough to be in the right place at the right time and that there were only a total of five people there. The tour is detailed and interesting, although it is only in Chinese and contains a lot of engineering and historical content which is not my forte at all! Visitors go underground to see the main attraction; the remnant of the water gate itself. The gate structure is long gone but the archaeologists have unearthed the culvert that ran from the inside of the cioty itself out to the Lotus Rover (which still runs in front of this site, with quite a fun stepping stone system used to cross to the other side), water for irrigation, industrial use, drinking, bathing, and for entry and exit into/out of the city for boats all ran through this channel.

A well-done multimedia display as well as illustrations down here in the basement show how this water gate was built and how it all worked, although the space is quite small. Actually, the museum only allows 200 visitors per day with up to 30 allowed in the lower level at one time (I went just before 2PM and was number 17 on the list for the Sunday I visited).

Finally, there is another exhibition outside the main building of tombstones and statues of the Liao and Jin Dynasties found in and around Beijing. This room is small but the original relics on display are interesting, as are the pictures of other extant complexes on the walls. 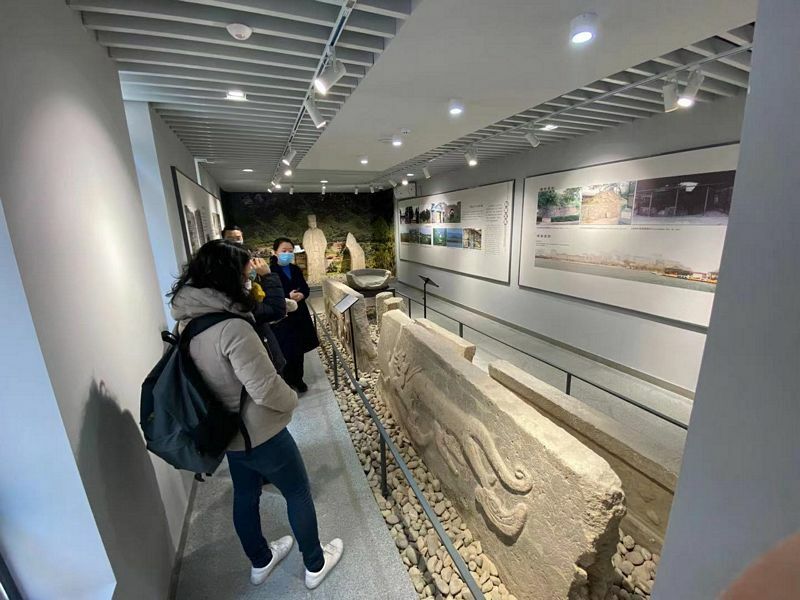 Tas mentioned the explanations can be a little confusing. The museum insists on referring to the Liao as the Khitan Liao – as they were a Dynasty of Khitan people (not actually Chinese at the time), and the Jin as the Jurchen Jin (this was a Dynasty led by Jurchen people, another nomadic people of the many who were to form power bases in the north of China). Also each of these Dynasties used different names for Beijing itself, with the city being known as Youzhou before the Liao conquest, then renamed Nanjing (‘Southern Capital’ - the same name as the extant city of Nanjing that exists now, whereas ‘Beijing’ means ‘Northern Capital’), and then the Jin changing the name to Zhongdu (‘Central Capital’) – oh, in between all this the Song (a rival Chinese dynasty in the south) renamed the city Yanshan at one point, and the Jin initially went with the old Tang Dynasty name of Yanjing for a year. So confusing indeed!

The Liao and Jin City Wall is not a ‘must-see’ by any means, but it is a fun spot to visit, hardly anyone has ever heard of it, the museum and the exhibits are well-presented, and if you are a Chinese history buff then it is very much worthwhile. Entry is free and the lack of a gift shop is really all that holds is back from Beijing a strong recommendation. One hour is enough to visit the whole museum, even with the guided tour. 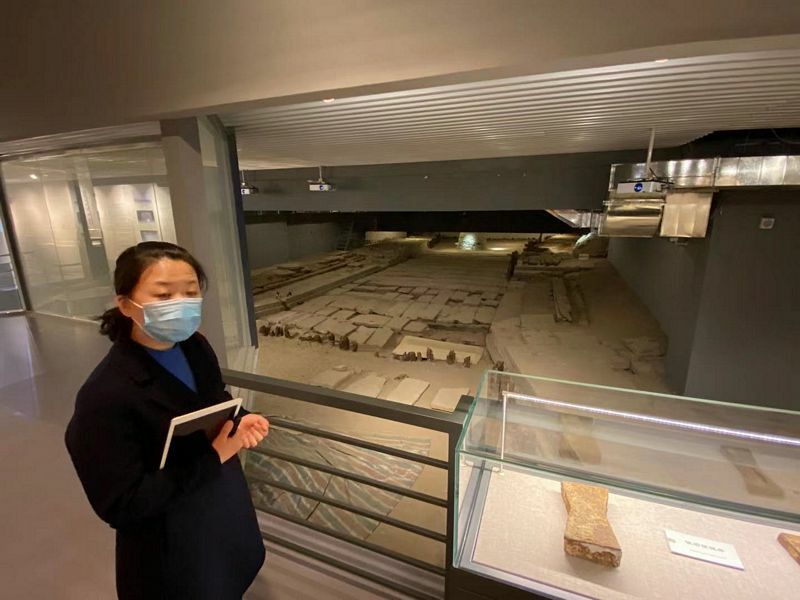