Location: 2a Qianmen Dongdajie, Dongcheng District, Beijing. Nearest Subway Station is Qianmen, about 100 metres away. The China Railway Museum is next to Tiananmen Square, so either of the two Tiananmen stations would be convenient also. 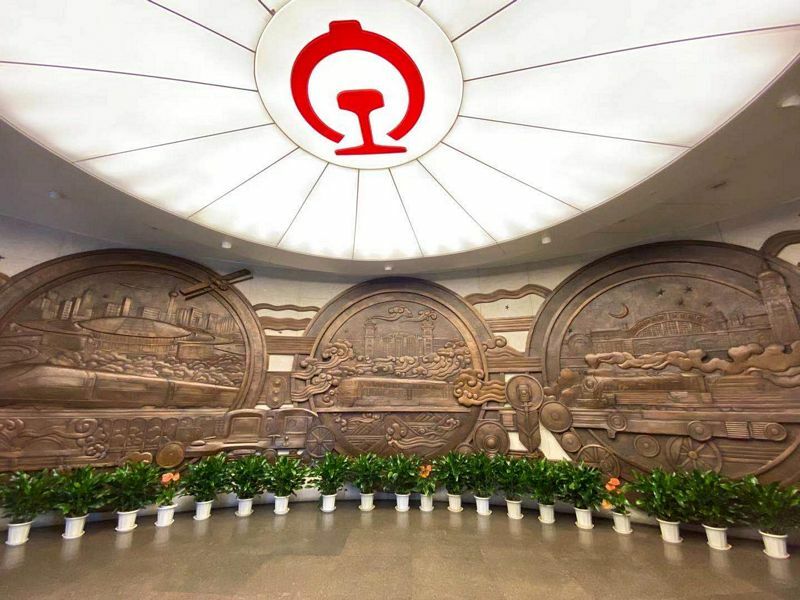 The China Railway Museum is located on the east side of Tiananmen Square, right in the centre of the city, and next to the Beijing Planning Exhibition Hall. Immediately recognisable as an old railway station, this was once the first or last) stop on the Peking-Mukden (Beijing-Shenyang) railway line. Built in 1093 and operational from 1906, this building was at that time known as Zhengyangmen Station.
Open since 2008, the China Railway Museum is free to enter and, on my visit, seemed to be popular with people looking for somewhere to entertain their kids, due to the fairly large space inside, plus models of trains this may well have been a clever choice indeed. The entry area starts with some basic history of the railway system of China, something introduced by foreign engineers, mainly from Britain.

At the end of the Qing Dynasty, in 1911, there were just five thousand kilometres of rail lines in the country. After the first republican period ended in 1945, this had expanded to twenty thousand; an increase somewhat mocked in the museum as being feeble given the technology available at the time. The amount of track in China today is almost incalculable, with tens of thousands more being laid every year, something that will be explained clearly in this museum. 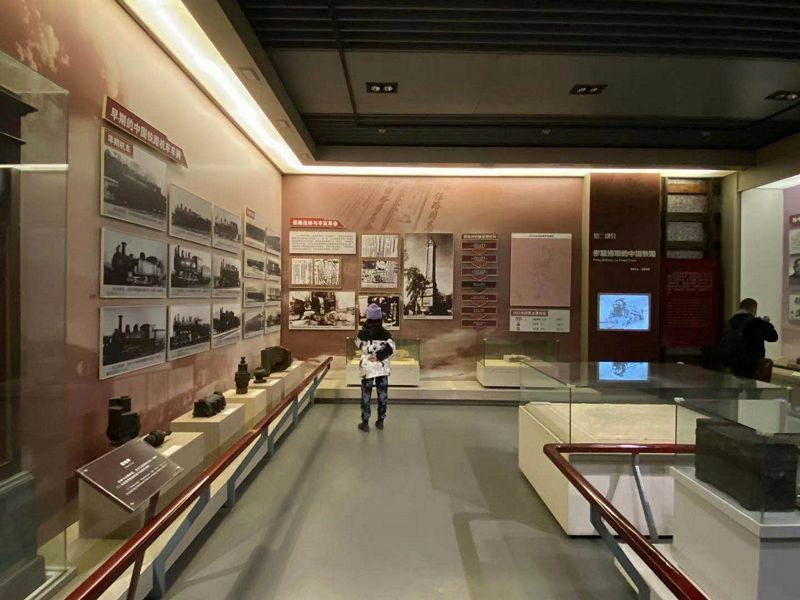 So, we go through the history; from the first steam locomotives introduced to China; with models both large and small, photos of the earliest station buildings with their clear foreign design, an exhibit on the father of the domestic railway Zhan Tianyou, and much more. Very little of this is in English actually although there is a translator device that can be rented for 20 RMB. The displays proceed chronologically so after some time we get to the more propaganda-y stuff such as large steam engines named for Mao Zedong and Zhou Enlai, pictures of heroic workers hacking their way into China’s interior to bring railway civilisation in that direction when it had previously been a largely coastal phenomenon, and then the development of the high-tech high-speed trains that have revolutionised transportation in China in the 2000s.

It’s all quite impressive, especially some of the models of iconic train lines (Beijing-Shanghai, Qinghai-Tibet) in the basement, but also hard to really learn a great deal unless you’re knowledgeable about engineering or into trains. This museum could be improved with just a bit of focus and redesign of the narrative of how the system developed, giving context with events that visitors may know about, and so on. But as it stands at the present time it is easily interesting enough for an hour or so for the casual passer-by and more than that for anyone with a specific interest in trains. 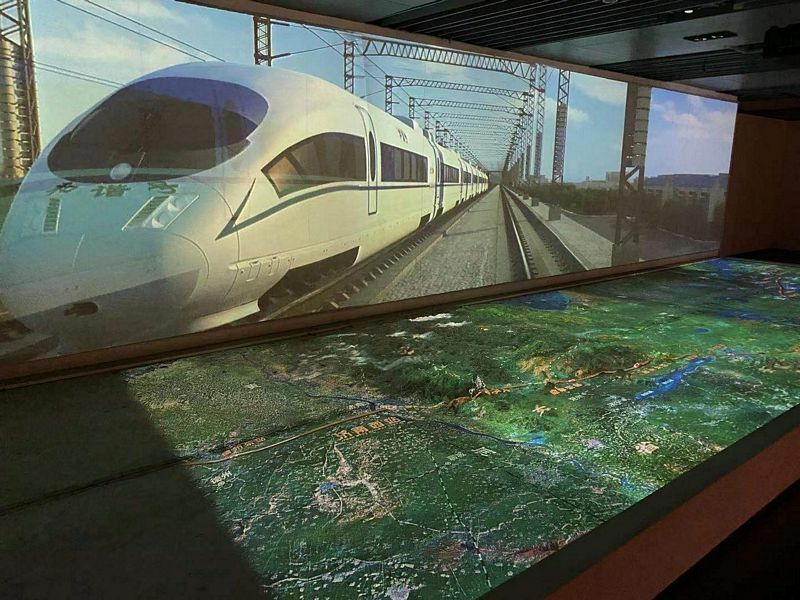 One notable attribute of the China Railway Museum – excellent gift shops! There are two of them, next to each other. One is designed like the restaurant car on a Chinese train. They sell all kinds of railway-specific stuff: pens, magnets, train kits, toys, t-shirts, and more. Prices are low too, just 10 RMB will get you a pen with a cartoon figure of Zhan Tianyou on it. Of all the museums visited in Beijing at the time of writing this is the best and most appropriate gift shopping experience in any museum, even if the top floor of the building contains just these shops and a display of calligraphy that seemed unrelated to railways in the slightest. 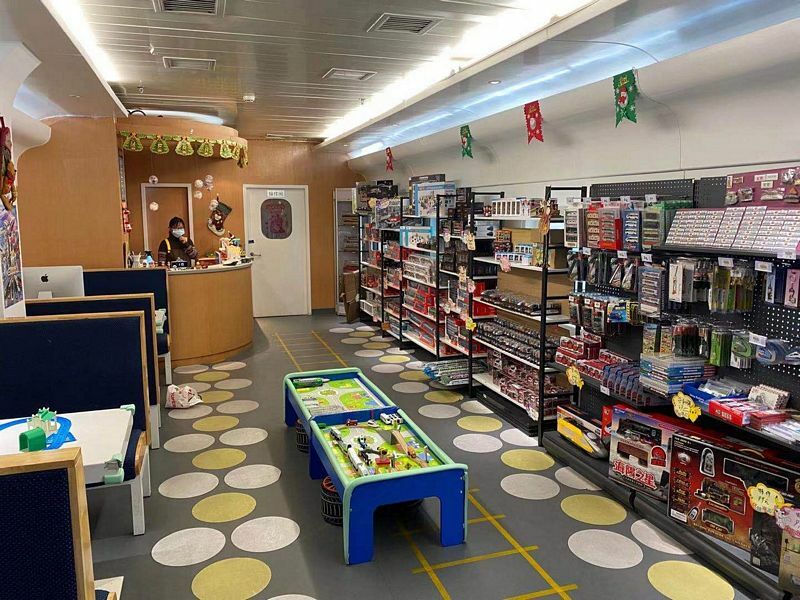 The price is right, the place is moderately interesting, and you can get a magnet too. In many ways an ideal short visit when one is passing by Tiananmen Square! 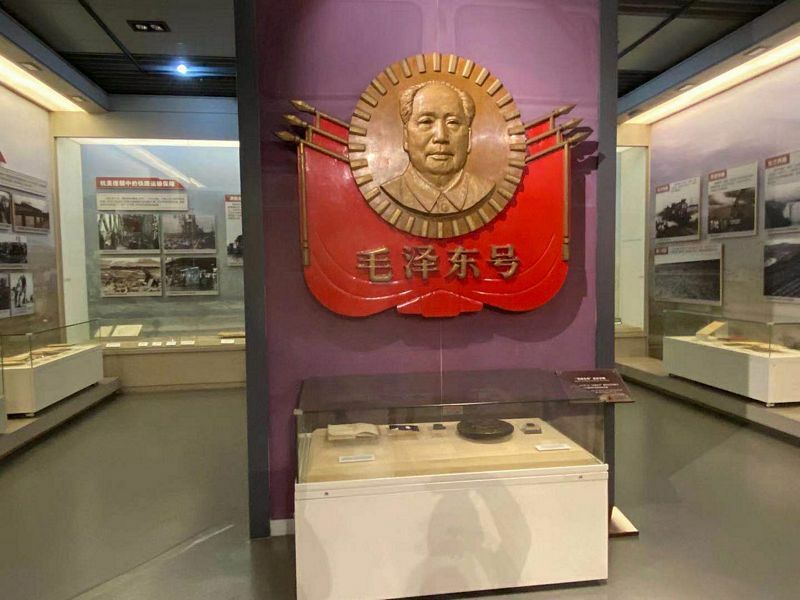