All about the Chemical Industry! Defeated, I walked off. Then I called them myself a moment later and asked how I could book, the guy on the phone asked where I was and when I told him I was literally outside, having spent half an hour on a scooter finding their museum - he told me to just come on in, no booking required! Anyway, finally, I got in, as the first visitor of the week (on a Friday too, not a great sign of the enduring popularity of the chemical industry field among Beijing’s museum-going community) and my visit began.

In the lobby of the ChemChina building is a display of some titans of the chemical industry - including a portrait or photo, some stamps from an esoteric range of countries, some info in Chinese and English about what they did too. So, we’ve got Nobel, Curie, and all those scientists whose names will ring a bell to educated readers (that’s all of you, of course), then a display of Chinese scientists and scientists of Chinese origin (which is cheating a bit China, come on!) and a fun mirror where you can see yourself as a ‘Future Chinese Nobel Laureate in Chemistry’ (it’s a bit like that Time Magazine Man of the Year mirror in The Big Lebowski, but more nationality-specific).

Up the stairs and into the museum I go. I expected it to be small, or maybe just a company museum of ChemChina, but it simply went on and on and wound around the atrium of the building.

The first hall is introductory and starts out fully bilingual in signage, something that diminishes and fades away entirely about a third of the way around. We see a well-produced intro hall of the great inventions of China’s past (paper, gunpowder, porcelain, etc) and some of the big names of ancient science. Then we’re up into the 20th century and looking at profiles of the early industrialists who brought the chemical industry in all its forms to China. So, the kings of such products as matches, MSG, and acid production. 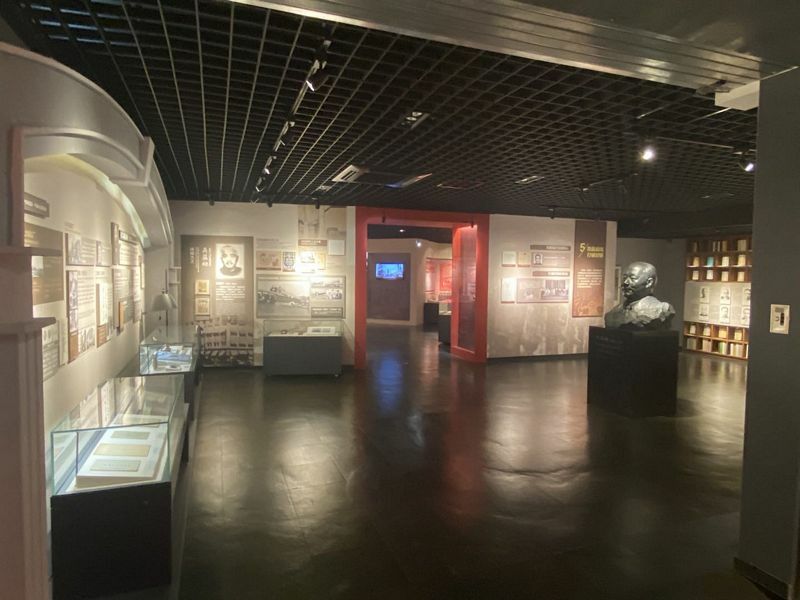 Most prominent here is Mr. Hou Debang, who gets not only a wall display but also a larger than life bust in the centre of the room. Hou (I learned here) was a chemist who innovated a process for producing soda (not the drink) and is lauded as a crucial figure in both this field and in modern Chinese industrialisation in general.

Some smaller displays in the same room behind the giant head of Hou show the visitor how industrial production was a bit of a struggle during the anti-Japanese period, but then certain key figures in chemical academia published key texts and their students learned from them, stood on the shoulders of giants, and the whole nation benefited. That kind of thing.

We then find a series of rooms connected together to walk and talk us through the more modern uses of the chemical industry in China – from making tyres (there are a few of these displayed throughout the museum, including one of China’s first tyres!), space rockets, protective gear to use in battling pandemics, and much more. It’s interesting, but the lack of English translation, and the overreliance on charts of figures (provoking a DPRK flashback for me) dulls the awe just a little. After twenty minutes or so I reach the end and find it all reasonably worth the effort.

However, that’s not the end, there is a whole other half a museum to go. This time it is more about ChemChina though – so I check out some boards which tell me how the company was formed, what it does and makes, see models of some major factories, and see league tables of how ChemChina stacks up against its global rivals in fields such as rubber manufacture and fertiliser production.

In the end, there is a hall clearly designed for kids, and which I stop to enjoy for a while. This room has switched back to Chinese and English and gets tactile in models of how to use things like glass that can be switched from opaque to transparent, what materials are used on the Liaoning Aircraft Carrier, and teaches me that the Shenzhou 5 rocket is also known as ‘Fat 5’ which I didn’t know before, and am not totally sure is fully true now (maybe it’s a nickname used by kids?) 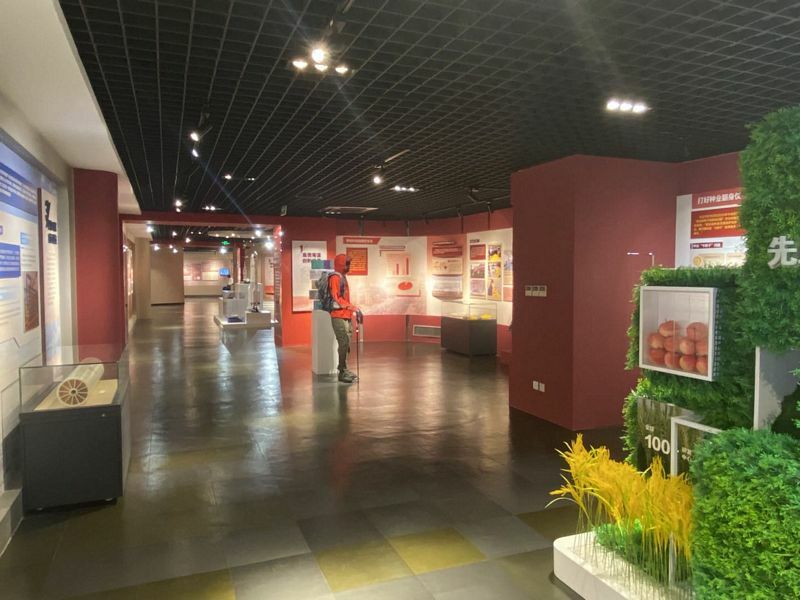 Finally, the show is at an end, and the generous chap who allowed me in (and came out to get me too, proper service) asks if I enjoyed it - which I can honestly say I did. I see there is a little shop and ask to buy a magnet, but they don’t have any of those. Then I ask for a mug (which they do have) but he doesn’t know the price. So, I buy an official Chemical Industry Museum of China cushion (anyone else have one of these? I didn’t think so) instead, just to justify the effort he went to, and hopefully cover their bills for being open all week and having just one solo visitor, who they did actually try to turn away at first.

Do I recommend the Chemical Museum of China to visitors? Not really, as it is a bit of a pain to get to, and to get into, but if you want to get a nice cushion for a reasonable price, and want to learn a bit about the key figures in the history of the Chemical Industry in China, or if you just want to have a bit of an adventure, then there are worse places to go – best to call ahead though and make a booking! 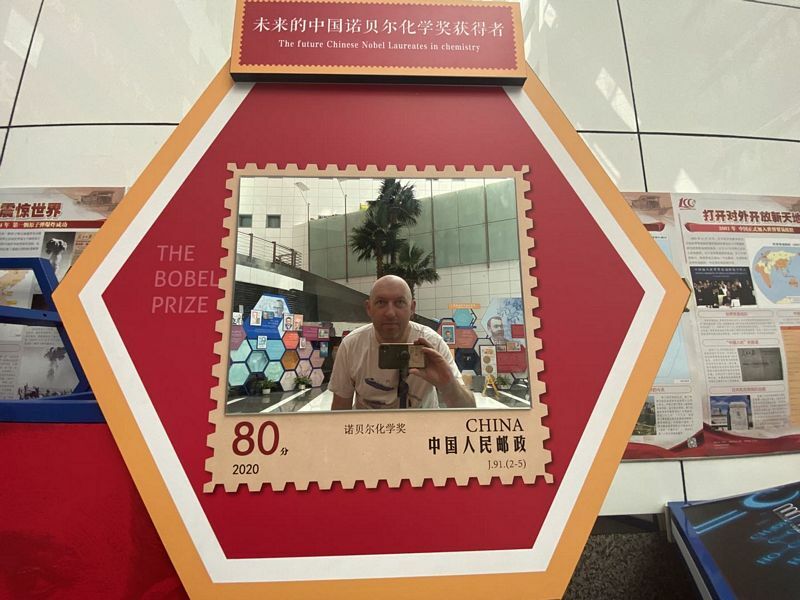