Location: 24 Wenhua Hutong, Xicheng District, Beijing. Nearest subway stations are Fuxingmen, Changchunjie, and Xidan – each around 1km or so away) 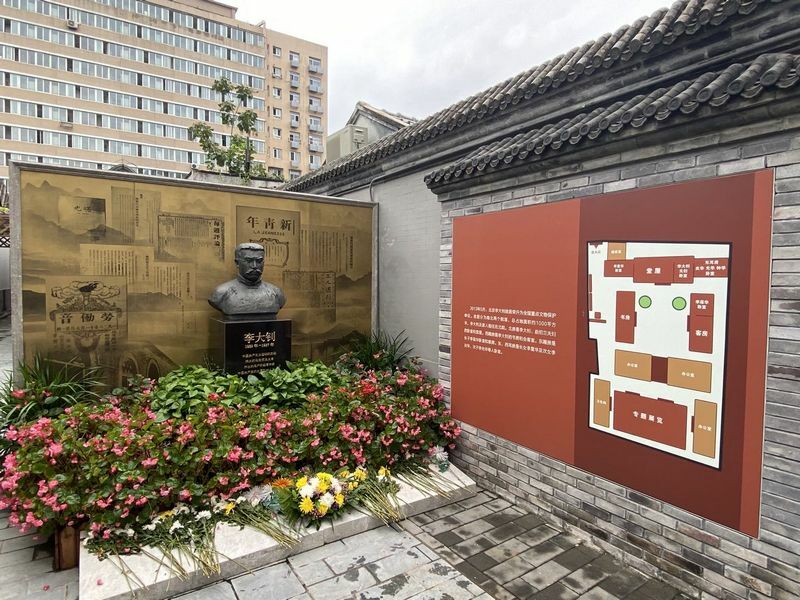 LI Dazhao was one of the titanic figures of China’s early revolutionary history. He was the co-founder of the Chinese Communist Party in 1921 and if he hadn’t been executed by the warlord Zhang Zuolin in 1924 he may well have become the primary leader of a socialist China and be the face on the money those of us in the PRC use today – how much things would have been different is hard to say, but he was one of those rare figures who could well have changed the course of world history.

Li’s life started hard, orphaned at only a few years old and then married off at the age of ten, he was a smart chap though and rose through the education system and studied in Japan too for three years, a common route to revolutionary consciousness for young Chinese intellectuals in the early 20th Century.

On returning to China Li served as editor for various newspapers and periodicals devoted to the new thinking. He was one of the main intellectual forces behind the New Culture Movement and became head librarian at Peking University (one of the deputy librarians and a disciple of Li was Mao Zedong).

The New Culture Movement Memorial Hall in Beijing has many exhibits devoted to Li Dazhao and his time there and is highly recommended for anyone interested in this crucial period of history.

Li Dazhao is considered by many to be the first Marxist in China. This is mainly down to his being a leading light in the left-wing movement at the time, strongly influenced by the politics of the Soviet Union and various European thinkers. Perhaps his main contribution was to formulate a way to insert China into the structure of Marxism which saw the necessity of progress through various stages of development towards Communism, including the development of a mass urban proletariat. China of course completely lacked this working class at the time and this, to many dogmatic Marxists, disqualified China from advancing further towards a communist utopia. 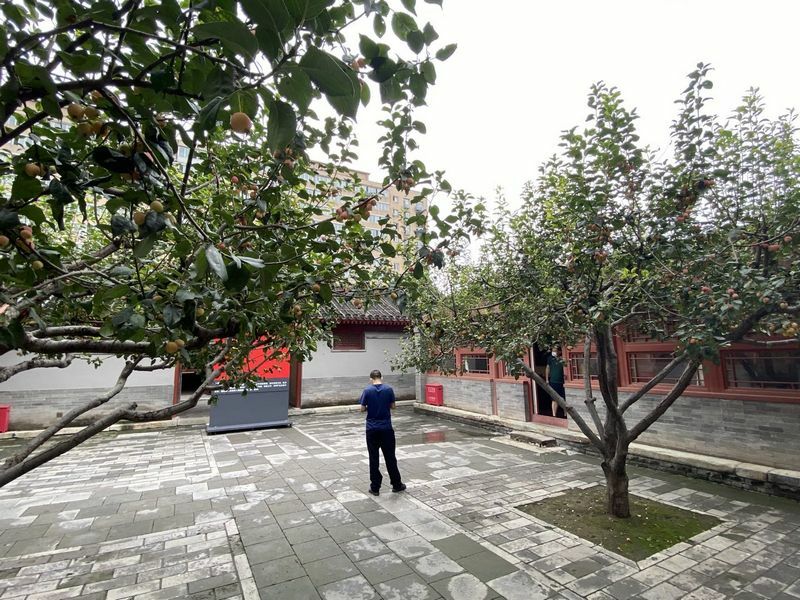 Li reformulated this somewhat though and claimed that due to the exploitation China had suffered at the hands of foreign imperialist powers (not just the Europeans, he also meant the Qing Dynasty – as a Manchu dynasty he saw them too as a ‘foreign’ power) China had suffered the same oppression and exploitation as workers in factories do under unscrupulous bosses, so therefore could be seen as a part of the global proletariat. This is clearly a flawed position to take, but embracing it enabled China’s Marxists to basically skip the need for the development of capitalism, an urban working class, and the class consciousness needed t move to the next stage – something that may have taken decades, or even longer.

Li Dazhao was to develop a very high profile as the Communist Party and the Kuomintang (KMT-nationalist) Party formed a united front to work against common enemies and he spent months in the USSR in 1924 – video of a speech he gave there is shown at this museum in fact. Li converted a local warlord to his cause as he returned to China and encouraged what became known as the Northern Expedition to end the control of other warlords in Beijing.

After initial successes in opposing warlord rule of the city Li was forced into hiding in the Soviet embassy after a massacre of protestors by troops on March 18th 1926 signaled a willingness to crack down hard on such protests as Li was organising. As the United Front between the CPC and the KMT collapsed, Zhang Zuolin, the foremost power in Beijing at the time, ordered troops into the embassy to arrest Li, and Li, along with nineteen other martyrs, was strangled to death in April 1927.

While he never lived to reach the political heights that some of his contemporaries and proteges did Li is still seen as an inspirational figure in China today, especially with this present year marking the 100th anniversary of the party that he founded. 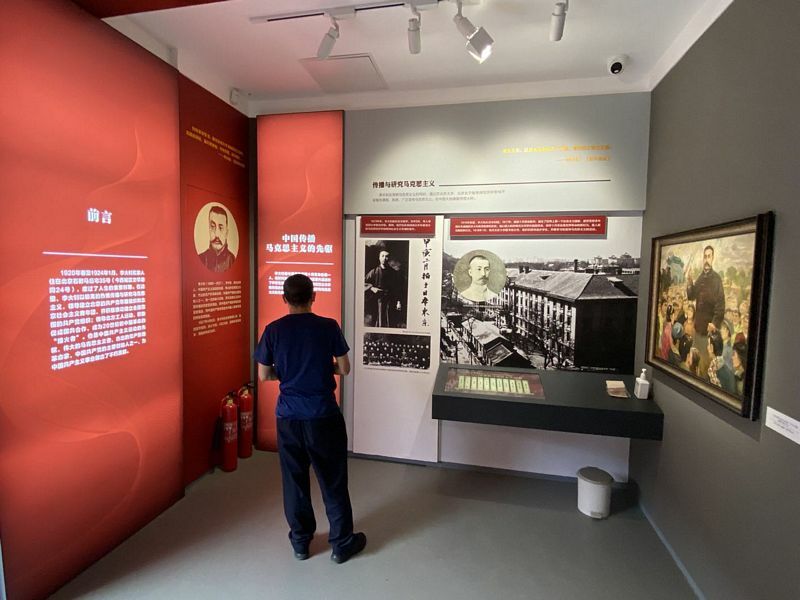 Li’s former residence in Beijing is a lovely expansive courtyard in the western part of the city centre, a prime piece of real estate in today’s hyper-capitalist property sphere, but one that remains free from development thanks to Li having lived here once (which also saved the picturesque hutong that this house lies in as well).

These days the Former Residence of Li Dazhao consists of two sections; the first is the quadrangle in which Li and his family lived. His wife, two daughters, and two sons along with Li himself. These are simply displayed with beds and a few personal items, and really just give a sense of how such a family may have lived. The western building, which would have been a living space, is laid out as a hotbed of revolutionary intellectual activity, with newspapers, a table and chairs set up for political meetings, and so on rather than living space for a family. How legitimate this all is in the sense of how it really was when they lived there is a bit unclear, given that this museum was only established in 2013 – with decades in between in which this house was used as….who knows!

To the south of the former residence is another courtyard, with a large building here used as a one-room museum of Li Dazhao’s life. This is very well done and serves as a useful short introduction to this important man. All information is in Chinese, with no translation at all offered, but any translation app will get the non Chinese speaking visitor the basics without too much trouble or time.

The circumstances of Li Dazhao’s death are not mentioned here, which is a bit odd really given that it is a clear case of a destiny unfulfilled by him later fulfilled by others, but the space is all well used with his family background, educational history, political thoughts and development, and involvement with various crucial movements and groups all listed and outlined in brief.

A visit to the whole of the Former Residence of Li Dazhao requires only about half an hour of anyone’s time, and it is half an hour well spent for anyone with any interest in the recent political history of China, the origins of the Chinese left-wing movements, and to learn about a figure of great importance who is well known in China and almost unknown outside. 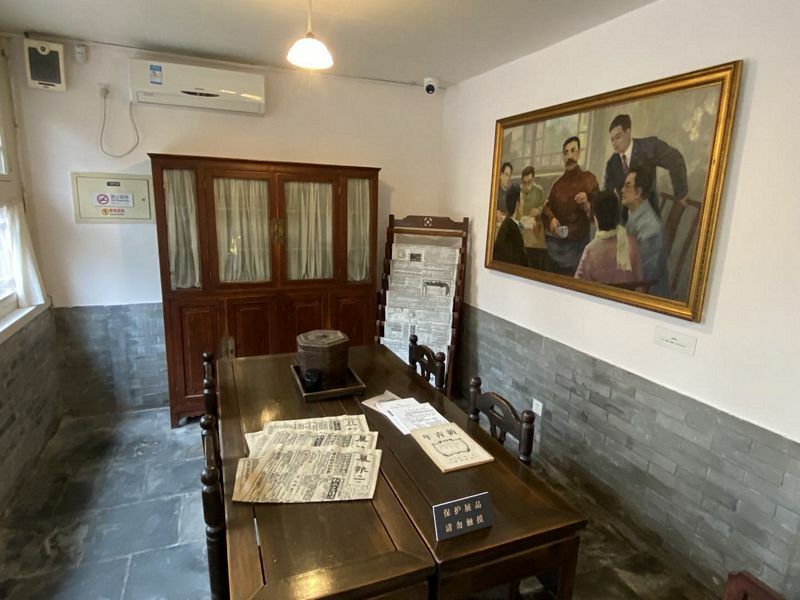